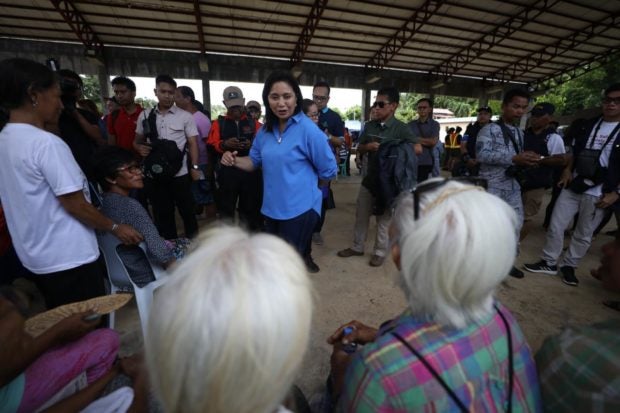 During her visit to the town, Robredo said that while the government has funds to help residents affected by calamities, it might not be enough for everyone affected by the magnitude 5.4 and 5.9 quakes that rocked Itbayat and killed nine people.

“Kinuhanan namin ng mga litrato iyong mga nasirang bahay. Magfa-fund drive kami for them (We took photos of damaged houses. We will launch a fund drive for them),” she told reporters. 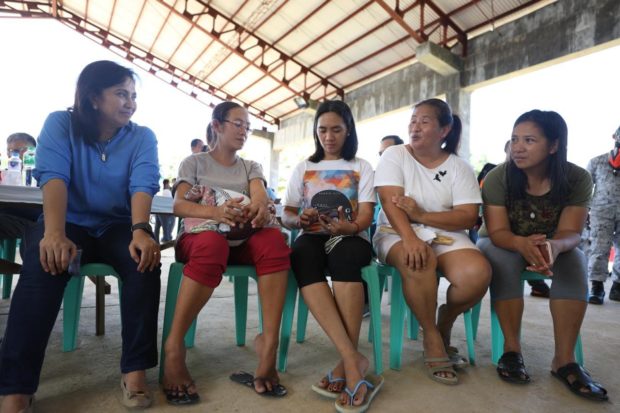 Robredo also brought to Itbayat relief goods, which were funded by private organizations since, she noted, the Office of the Vice President’s budget does not include allocation for such item.

Citing conversations she had with residents, the Vice President said locals aired concerns about how to rebuild their houses since they lack the resources to do so.

Robredo also noted the damage to schools, hospitals, and churches brought by the powerful twin tremors. She said that while those structures must be rebuilt, she hoped their engineering designs will be tailored to withstand calamities, including earthquake. 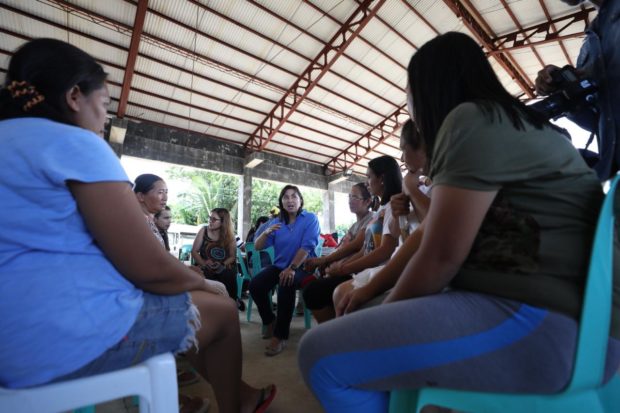 Robredo further said appropriate protocols should also be set up for the prompt delivery of relief goods to Batanes.