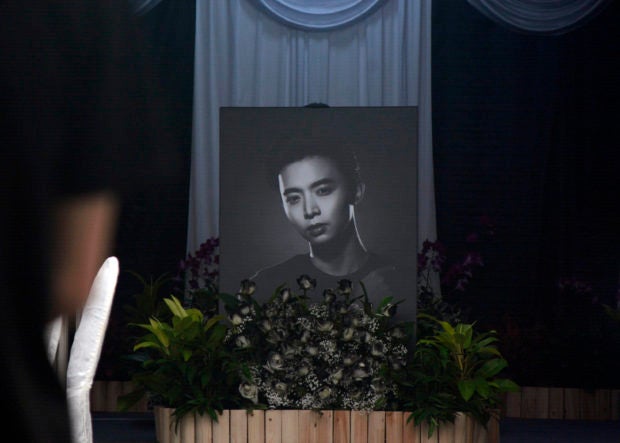 A photograph of Singapore actor Aloysius Pang is displayed at his public memorial in Singapore Saturday, Jan. 26, 2019. Pang died from injuries sustained during a military training exercise in New Zealand on Thursday. AP

SINGAPORE — Two Singapore soldiers were charged in military court Wednesday over the death of a popular actor during reservist training in a case that has sparked calls for changes to the country’s system of conscription.

Aloysius Pang, who starred in Singapore-produced Chinese language TV shows and movies, was completing compulsory reservist training in New Zealand in January when he suffered serious injuries while repairing artillery.

The 28-year-old, who first rose to fame in the predominantly ethnic Chinese city-state as a child actor, died later in hospital.

Pang’s death — and those of three other servicemen in the space of 17 months — prompted widespread criticism over safety and calls for changes in the conscription-based system, a major plank of Singapore’s defense strategy since independence in 1965.

Male Singapore citizens are required to undergo two years of national service upon turning 18 and are also called up for further training in the following years, which sometimes takes place overseas.

Charges were filed before a military court against service members Ivan Teo, 35, and 31-year-old Hubert Wah, the defence ministry said.

Teo faces three charges, including for disobedience and causing death by a negligent act, which both carry jail terms of up to two years and a fine.

Wah was charged with causing death by a rash act, which carries a maximum jail term of five years, and with negligence.

Defence Minister Ng Eng Hen in February insisted that Singapore “must never give up on national service” as the backbone of its armed forces.

But he also apologized for the deaths and said the armed forces and defense ministry were putting in place additional safety measures. /muf