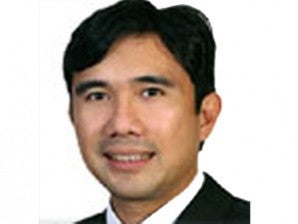 The House of Representatives’ prosecution team plans to tap “The Firm”  as one of its private lawyers in the impeachment trial of Chief Justice Renato Corona at the Senate.

The Villaraza, Cruz Marcelo & Angangco law office, popularly known as the “The Firm,” is one of the most influential law firms in the country.

“Why not? But as of now there are no indications yet,” said Iloilo Representative Neil Tupas Jr. in response to questions whether the team would accept an offer from  The Firm.

Both Marcelo and Villa-Ignacio helped prosecute former President Joseph Estrada in the impeachment trial at the Senate in 2000 but this was cut short by a second people power that ousted the former leader.

Tupas, chairman of the House committee on justice and who heads the 11-member prosecution team, stressed there had been no offer from the Firm. “We have not talked to them, ” he said.

But a source from The Firm was quick to deny interest in participating in the impeachment trial since one of its founding partners, Associate Justice  Antonio Carpio, was next in line to succeed Corona as Chief Justice.

Marikina Representative Romero Quimbo, spokesperson of the House prosecution team, was adamant that while the team was looking for private prosecutors,  “The Firm had made no offer and that the team had made no acceptance.”

Bayan Muna Representative Neri Colmenares, another House prosecutor, said he does not see any problem in getting private lawyers to beef up the prosecution’s strategy.

“The legal profession is not necessarily composed of lawyers who are fearful of the Supreme Court even if the Supreme Court is wrong. There are many lawyers who believe the Chief Justice protected GMA (Pampanga Representative Gloria Macapagal-Arroyo) through his decision and that he was precisely installed there to serve as Arroyo’s rear guard after she leaves office,” said Colmenares.

Tupas, Colmenares and Quimbo met Tuesday to finalize each prosecutor’s role in the trial, specifically  the cases they would handle among the eight articles of impeachment against Corona.

“The prosecutors have been broken into small groups supported by private lawyer and will be working throughout the break on their respective assignments.” The group has less than 20 days before the start of the impeachment trial on January 16,  Quimbo said.

Tupas said the prosecution panel was already readying at least 10 witnesses and all evidence against Corona.

He said that among the witnesses were private lawyers and officials of the judiciary. He said negotiations for their custody and safety in exchange for their testimonies were underway.

“They are still talking and adjusting for their safety. We have to ensure custody and protection, not only physical, because you have to understand that these people have jobs, some of them in the government,” Tupas said.