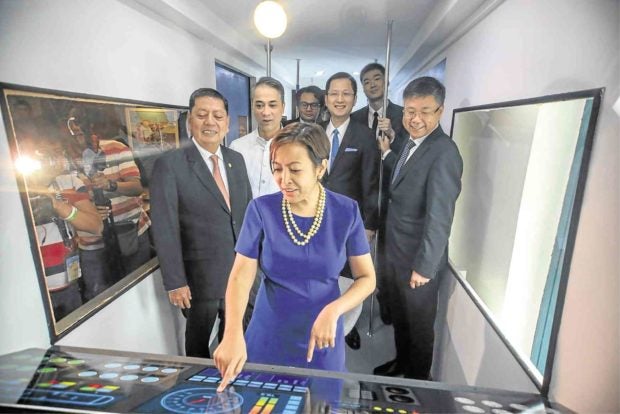 MANILA, Philippines — It’s all systems go for the $3.7-billion (P189-billion) Makati City subway, the first and most ambitious underground railway project in the country.

“This is not a sketch or a promise. The Philippines’ first subway will be a reality,” Makati Mayor Abby Binay said on Tuesday.

Binay led city officials in signing a joint venture agreement for the project with Philippine Infradev Holdings Inc., chaired by Ren Jinhua, at City Hall after the company posted a $350-million performance bond under a public-private partnership (PPP) framework.

Also referred to as a contract bond, a performance bond is issued to one party of a contract as a guarantee against the failure of the other party to meet obligations specified in the agreement.

The 10-kilometer subway aims to provide commuters faster travel by connecting key points in the city, including the central business district. It can ferry up to 700,000 passengers per day with its six-car trains.

The Inquirer earlier reported that plans for eight of the 10 air-conditioned underground subway stations were already finalized.

These are at Makati fire station (which would be relocated), Circuit Makati, City Hall, Century City-Rockwell Center, Makati Bliss Housing, University of Makati, Cembo and Ospital ng Makati in Pembo.

The first two stations envisioned on Ayala Avenue could not yet be started as landowners were reportedly “not responsive.”

Binay said city residents would be given priority in the more than 10,000 jobs up for grabs once the subway line starts operating.

Under the deal approved by city officials on July 19 through Ordinance No. 2019-A-020, the local government would not spend a single centavo for the project and would instead allow the land it owns to be used for the subway system.

In a text message, businessman Antonio Tiu, majority owner of Infradev, estimated the city government’s revenue share of close to 25 percent from the project, commensurate with the valuation of land to be contributed to the venture.

The board of Infradev, formerly IRC Properties Inc., approved the resolution to proceed with the joint venture following payment of the bond based on the company’s disclosure to the Philippine Stock Exchange on Tuesday.

The project is targeted to be finished by 2024 or 2025. It will complement other mass transport systems, such as the Metro Rail Transit 3 on Edsa, the Pasig River Ferry System and the proposed Metro Manila Mega Subway.

Infradev said it planned to extend the subway out of Makati, possibly to the neighboring cities of Pasay, Pasig, San Juan, Mandaluyong or Manila.

Apart from the revenue share, the subway system is seen to improve the flood system of the participating city, given that good pumping and drainage system will be installed underground.—Reports from Joanna Rose Aglibot, Yolanda Sotelo and Tonette Orejas