Duterte probe of corruption in PCSO to be swift – Palace 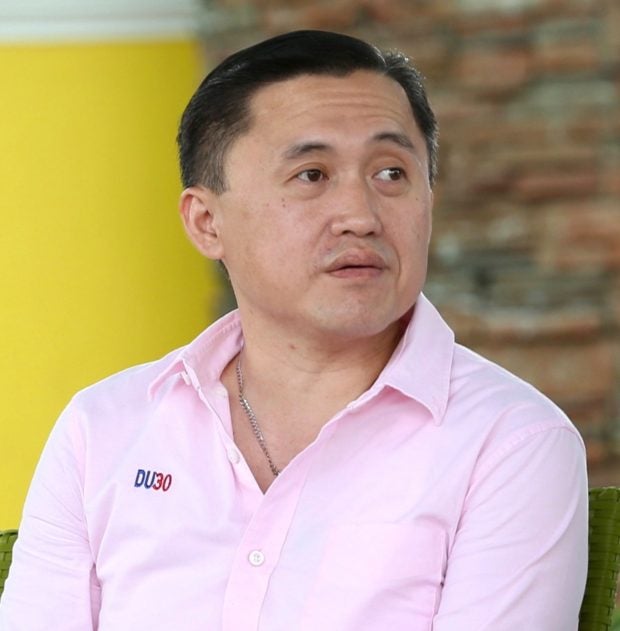 MANILA, Philippines — Malacañang on Monday said President Rodrigo Duterte’s investigation of corruption in the Philippine Charity Sweepstakes Office (PCSO) would be swift, holding out hope of an early return of the agency’s gaming operations that he ordered closed during the weekend.

The shutdown has left thousands of small investors suddenly out of business and their employees without jobs.

As of Monday, police had padlocked 30,284 PCSO gaming outlets.

Presidential spokesperson Salvador Panelo gave assurance of an early conclusion to the investigation, noting that the President worked fast and wanted to get to the bottom of a “grand conspiracy” in the PCSO that led him to order the immediate closure of lotto, small town lottery (STL), Peryahan ng Bayan and Keno.

Sen. Christopher “Bong” Go, a former special aide to the President, also said the closures were temporary, but the outlets would remain shut until corruption in the PCSO had been eliminated.

Gen. Oscar Albayalde, chief of the Philippine National Police, insisted that the President’s verbal order to shut down the outlets was legal, but did not explain why.

“[PCSO] franchises are just privileges that can be taken again by the state,” Tolentino said, adding that he believed due process would still be observed in the shutdown of PCSO gaming stations.

Allegations of massive corruption in the PCSO prompted Supreme Court action on Monday, with Chief Justice Lucas Bersamin ordering all trial courts to report the status of cases involving the agency.

The courts were also required to report whether they had issued temporary restraining orders and writs of preliminary injunction in those cases. They were given until Aug. 5 to comply.

In ordering the closures on Friday, the President said he would not honor any court order designed to frustrate the government’s investigation.

In February, PCSO Chair Anselmo Pinili complained to the Office of the Court Administrator against a court order in favor of an STL operator whose franchise had been canceled for not remitting the PCSO’s share.

Sen. Panfilo Lacson said on Sunday that the President should have spared lotto because there were no allegations of corruption involving the lottery.

On Monday, Bayan Muna Rep. Carlos Zarate, deputy minority leader of the House of Representatives, dared the President to name all the people involved in the alleged corruption and sack them all.

“Why punish everybody?” Zarate asked, echoing the protest of lotto operators and their employees whose job was only to sell lottery tickets for the PCSO.

He raised the possibility that someone or some group would stand to benefit from the wholesale shutdown of the PCSO’s gaming business.

“The question now is who will benefit from these uncharitable sweep operations,” Zarate said, without elaborating.

“What President Duterte did now in shutting down PCSO is illegal and greatly affects the poor who are relying on the agency. We hope that can be immediately corrected because it is the poor who will bear the brunt of his order,” Colmenares said.

Lotto operators in Leyte province on Monday appealed to the President to reconsider his decision.

“We are just small businessmen but we are feeling the impact. How much more those who are working for us? Where will they get their daily needs?” asked Joenlee Larraga, a lotto operator in Carraga town, Leyte.

Panelo said the gaming outlets would remain closed until the President’s probe was finished.

The President’s decision was not hasty, Panelo said. The closure order, he said, came two hours after the President met with PCSO General Manager Royina Garma, who on Friday sought his help in eradicating corruption in the agency.

In the Senate, Go said Garma did not specifically ask President Duterte to stop the gaming operations of the PCSO.

It was the President’s decision to close down the agency’s gaming business and review its contracts, Go told reporters.

Garma, he said, “reported that she needed the President’s help because she was having a hard time stopping corruption in the PCSO, and [that] there had been big losses in the past few months in the operations of some games of the PCSO.”

Go said Garma asked the President for help in recovering the losses.

He said the problem stemmed from contracts where the contractors failed to remit the minimum share of the government.

There were instances when another party would ride on the contract, earning more than the government, he said.

After hearing Garma’s concerns, Go said, the President ordered a review of PCSO contracts. He asked his legal officers to see which parties owed the government.

The PCSO has appealed to the President to reconsider his closure order, Go said.

Several other senators said the decision should move the government to thoroughly review the country’s gambling system.

“It’s about time we [did] something about it because we’re the only country in the world that regulates and operates gambling at the same time,” Sen. Joel Villanueva said.

Sen. Sherwin Gatchalian said there was a need for a change in the way gambling was operated, citing the failure of the PCSO to faithfully remit to the government profits from its gaming operations.

He suggested privatizing the PCSO, allowing private companies to operate games at the regional or provincial levels.

“I do agree that we need to replace the PCSO model. My proposal is very simple … The DOF (Department of Finance) will just be the collecting agent of the private companies and give what it collected to the DSWD (Department of Social Welfare and Development),” Gatchalian said.

“It will be easier to regulate because the government will now concentrate on supervision, monitoring and regulation,” he added.

Opposition Sen. Risa Hontiveros said the President should have just run after crooked PCSO officials who were in cahoots with gambling lords operating STL as a front for the illegal numbers game “jueteng.”

“Why is President Duterte punishing ordinary people for the corruption of his officials? Thousands of our fellow Filipinos rely on the PCSO for financial assistance to cover costly medical [services]. At times these are matters of life and death for many,” Hontiveros said.—Reports from Julie M. Aurelio, Dona Z. Pazzibugan, Leila B. Salaverria, Marlon Ramos, Dj Yap, Jeannette I. Andrade, Pathricia Ann V. Roxas, Cathrine Gonzales and Joey A. Gabieta