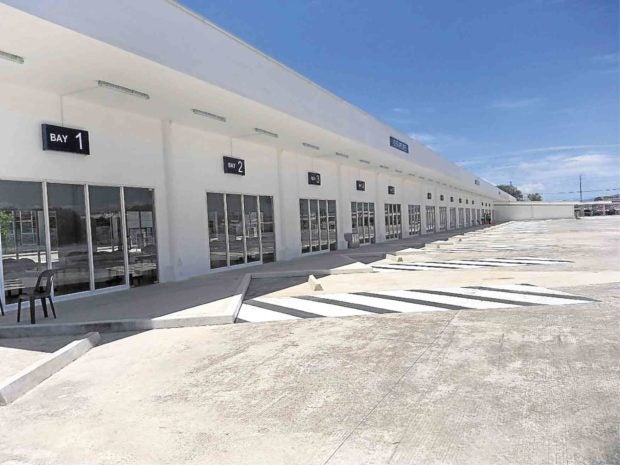 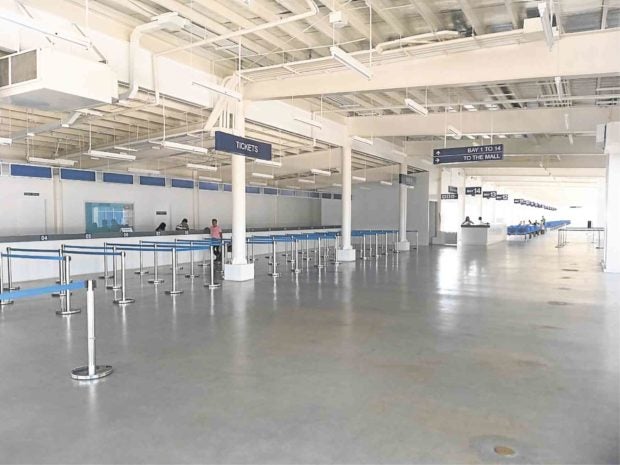 QUIET FOR NOW The newly built Santa Rosa Integrated Terminal in Laguna province is quiet for now but its operator expects a busy month in August as the Metropolitan Manila Development Authority implements the ban on provincial buses on Edsa. —CONTRIBUTED PHOTOS

SAN PEDRO CITY, Laguna, Philippines — As far as facilities and terminal operations are concerned, the Santa Rosa City government and the private operator of the Santa Rosa Integrated Terminal (SRIT) assure they are ready to cater to the influx of passengers and vehicles once the government fully implements the ban on provincial buses on Edsa by August.

But there are still a few things they need to discuss, like scheduling the bus trips to prevent terminal overcrowding and the management of local traffic, said Mayor Arlene Arcillas on Sunday.

Other concerns that needed some fine-tuning involved ticket bookings, the availability of transfer vehicles and opening up longer trips to as far as Pampanga province or Baguio City, said Vic Bonaobra II, SRIT project manager.

Arcillas said she was scheduled to have another meeting with SRIT and other government agencies on Monday to finalize their preparations.

She said the city was proposing to widen roads leading to SRIT soon to prevent heavy traffic.

“Give it a try,” Bonaobra said of the transport hub, which the government designated to cater to the thousands of buses coming from provinces in Southern Luzon, the Visayas and Mindanao.

But fingers are crossed as to how things will play out considering that SRIT already spent “hundreds of millions [of pesos]” for the infrastructure, a business investment meant to help the government in solving traffic problems in Metro Manila, Bonaobra said.

This was because after two rounds of dry runs since March, bus operators were still lukewarm to the idea of the new traffic scheme that prevented them from picking up and dropping off passengers on Edsa, the country’s busiest thoroughfare.

Without any government order or penalty imposed during the dry runs, Bonaobra said only “1 percent” of buses from the south had “volunteered” to participate and pass through SRIT.

“We were even the ones who pleaded to them (bus operators) to pass through (SRIT) by offering to shoulder toll fees. Some did, but ningas-cogon din (a trait characterized by unsustained enthusiasm),’” he added.

Things may change in August when the Metropolitan Manila Development Authority and the Land Transportation Franchising and Regulatory Board (LTFRB) begin to impose penalties for violations.

But a bus operator, who asked not to be named in this report, doubts “any movement anytime soon” given the petitions for a temporary restraining order filed by a provincial bus association and a party list group in the Quezon City regional trial court and in the Supreme Court, respectively.

The operator said the local governments of Quezon City and Pasay City had yet to revoke the business permits issued to the terminals of provincial buses.

The operator said that since bus routes would be cut short — for example, previous trips from Santa Cruz, Laguna, to Cubao, Quezon City, would now have to end at Santa Rosa — there would be an excess of buses from the south.

According to the operator, the LTFRB has agreed to convert these excess units into “city buses” provided that they have baggage compartments.

Bonaobra, citing figures held by SRIT, said 3,686 provincial buses were plying EDSA daily. But he said only about 40 percent of this were inside Metro Manila at a given time, while the rest were in the provinces.

Of the 40 percent (1,474 buses), he said only between 500 and 800 would be using SRIT, as the rest would go to the Parañaque Integrated Terminal Exchange in Parañaque City.

Bonaobra said their objective was to provide a “seamless transfer” of passengers from one bus to another vehicle.

He said they had set up measures to prevent overcrowding at SRIT, composed of a 2-hectare main terminal (with a passenger terminal that has a seating capacity of 100), a 1-ha bus staging terminal and a 3-ha depot next to it.

The depot is intended for long haul buses waiting for their next trips.

“We have put in place a [system] like a hotline for bus drivers to [advice] their [expected time of arrivals to SRIT] from their last stops, like Sariaya town in Quezon province,” he said.

Aside from city buses and the point-to-point buses that will now have to ferry passengers from Santa Rosa to Manila, SRIT has also allowed 300 units of vans to bring passengers to specific destinations like Cainta and Antipolo in Rizal province; Dasmariñas and Bacoor cities in Cavite province; and even to Ninoy Aquino International Airport.