NPA eyed behind spate of killings in Negros Oriental 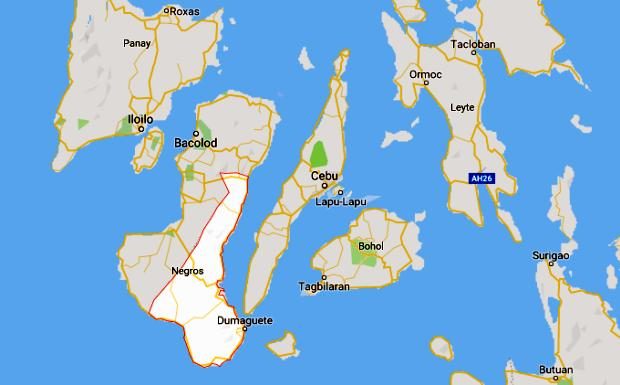 MANILA, Philippines – Police said Friday that the communist New People’s Army (NPA) could be behind the recent spate of killings in Negros Oriental province in a bid to show the group’s supposed strength to the public and state forces.

Col. Raul Tacaca, director of the Negros Oriental Police Provincial Office, told INQUIRER.net that witnesses have pointed out to the possible link of the NPA to a series of shooting incidents in the province since last week.

He said a witness reported hearing a man shouting “Mabuhay ang NPA (Long live, NPA)” when gunmen onboard two motorcycles killed a rebel returnee and leader of an association of farmers in Zamboangita town on July 24.

Tacaca said the NPA might be wanting to falsely show that the group is still a force to reckon with by carrying out these brutal attacks.

“Tinatakot nila yung mamamayan na dapat sumuporta sa kanila (They instill fear to the public so they would support the group),” he said.

A total of 15 people were reported killed in just a week starting July 18, when four intelligence police officers were ambushed and feared to be dragged, hogtied, and buttstroked by NPA fighters before they were shot in the head in front of residents in Barangay Mabato, Ayungon town. One of the victims had a slash in his throat.

The NPA had owned up to and justified the murder, saying the victims acted as spies that led to the deaths of civilians in the province. The National Democratic Front, however, denied the policemen were tortured.

On July 25, marking a week since the death of the police officers, seven were killed in separate incidents in the towns of Siaton, Ayungon, and Sta. Catalina, and Guihulngan City, including a school principal, village chairman, and a minor. It was the bloodiest day in the province since the ambush of four policemen.

He said checkpoint operations were also being conducted by the local police and the military.

Manhunt operation, meanwhile, is still ongoing against five of the six identified suspects behind the murder of the intelligence officers. One of the suspects were collared by authorities on July 19.

Tacaca said an investigation is also ongoing on the alleged suicide of Sunny Calderon, chairman of Barangay Mabato, who died after drinking pesticide inside his residence.

Calderon was among the persons being investigated on the murder of policemen in Ayungon.