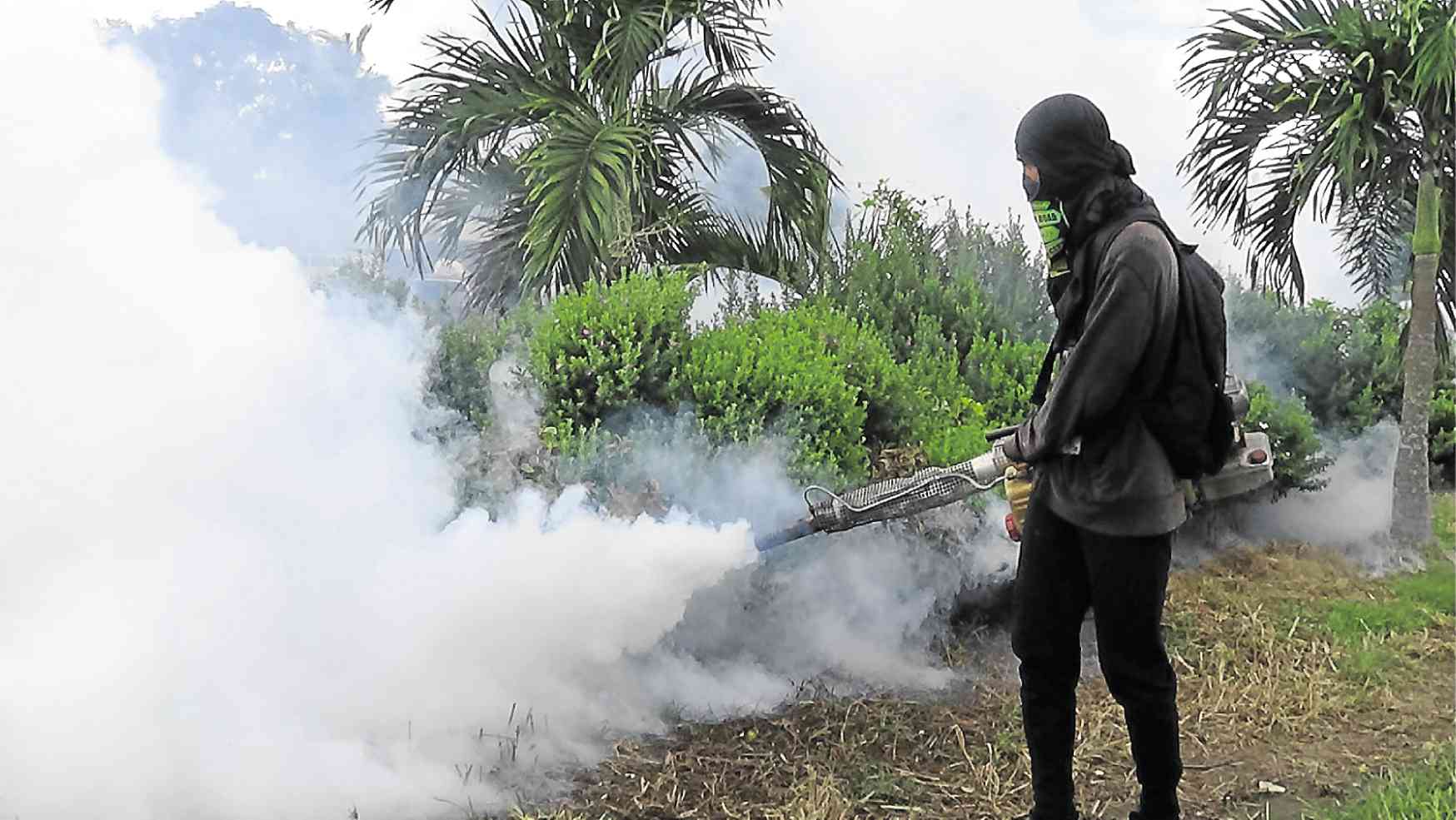 CITY OF ILAGAN—About 5,000 villagers here on Friday went out of their homes and joined a province-wide cleanup campaign to prevent an outbreak of dengue fever that has gripped the country.

Volunteers from various organizations, schools and the local government targeted clogged canals and waterways, the common breeding grounds for mosquitoes.

Gov. Rodolfo Albano III issued an executive order calling for the holiday to give way to cleanup and fogging operations to stop the spread of dengue fever and other mosquito-borne diseases.

“Cleaning is the best way to fight dengue [and through it] we are helping our government,” he said.

According to Magpantay, at least 6,434 cases of dengue fever with 24 deaths were reported in the region from January to July 15.

At the national level, 450 deaths and more than 100,000 cases were reported in the past six months, an 85-percent increase compared to the same period last year.

In Zamboanga del Sur province, a pregnant mother died of dengue on Tuesday at Barangay Monte Alegre in Aurora town.

Nonette Sabasales, 23, died at the Mayor Hilarion A. Ramiro Sr. Medical Center in Ozamiz City after a four-day bout with the disease.

At the time of her dengue infection, Sabasales was seven months pregnant.

According to her mother, Jenelia Sabasales, Nonette first had a high fever, then experienced joint pains as rashes also showed throughout her body. She also suffered from diarrhea.

She was first rushed to the Lanao del Norte Provincial Hospital in Baroy, Lanao del Norte, then transferred to Ozamiz City on the advice of doctors who said her pregnancy was complicating her situation, the mother said.

On Tuesday, Sabasales said she was informed that the baby in Nonette’s womb died. Nonette died later in the evening. —REPORTS FROM VILLAMOR VISAYA JR. AND LEAH AGONOY

Read Next
Duterte stops all PCSO gaming activities including lotto, STL
EDITORS' PICK
Alex Eala wins Grand Slam on Independence Day: ‘I hope I made my contribution to the country’
Kai Sotto continues to inspire Filipinos by sharing his passions and stories with Smart Prepaid
Ahead of ONE: Full Blast II, Mongkolpetch warns Elias Mahmoudi: ‘Watch out for my fists’
G7 rivals China with grand infrastructure plan
PNP, PDEA destroy P25.8M worth of marijuana in Kalinga
Rare earth metals at the heart of China’s rivalry with US, Europe
MOST READ
Groups slam Duterte ‘surrender’ to China
PH logs 7,302 new COVID-19 cases — DOH
1Sambayan names 6 choices to pit vs Duterte’s anointed in 2022
MVP steps into new role as top PLDT cheerleader
Don't miss out on the latest news and information.