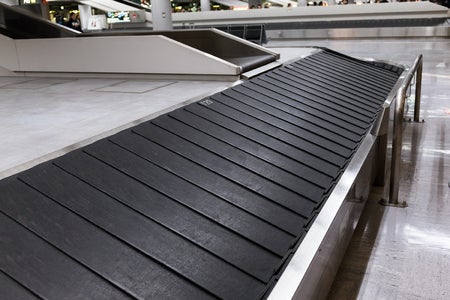 A 2-year-old boy was injured after he jumped onto a baggage conveyor belt at the Hartsfield-Jackson Atlanta International Airport in Atlanta, USA, on Monday, July 22.

Edith Vega, the tot’s mother, set her son Lorenzo down for a bit so she could print a boarding pass at a Spirit Airlines kiosk nearby, as per WSB-TV2 on July 24. However, it was already too late when she looked up and saw him on the machine.

“When I tried to go after him, it was the end of the machine,” Vega said, according to the report. “He just went a long ride away. I couldn’t even catch up.”

Vega recalled going blank and wanting to jump in and get her son, but she was not allowed to do so.

The boy ended up in the TSA (Transportation Security Administration) bag room five minutes later with a fractured right hand. A TSA officer notified authorities the boy had been badly injured and he was taken to a local hospital right after. As per the report, it was unclear how he sustained the injury.

A Spirit Airlines spokesperson said the boy apparently accessed the conveyor belt behind an unmanned closed ticket counter. The airline is currently working with airport officials and the TSA to ensure protocols are followed.

Vega, on the other hand, is just grateful that her son is alive. “That’s all that goes through my mind,” she said. “I’m just grateful he’s here. I just hope he gets better.”  Cody Cepeda /ra