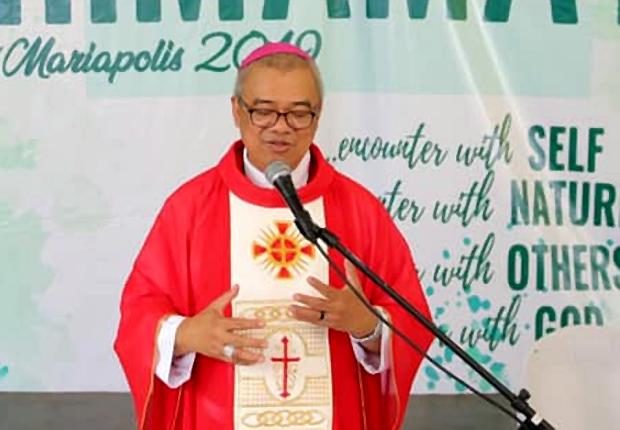 ILOILO CITY–Bells in Catholic churches in northern Negros Island will ring daily at 8 p.m. starting on Sunday in a call for a stop to the continued killings.

In a pastoral appeal issued on Thursday, Bishop Gerardo Alminaza of the Diocese of San Carlos called on parishes to ring the church bells “until the killings stop.”

“Let the tolling of bells remind us that the senseless killings are inhuman. Let the tolling of the church bells call us to a collective prayer, for us to beg God to touch the hearts of perpetrators, as we call on responsible government agencies to effectively address the series of deaths,” the bishop said.

The diocese covers the 1st and 2nd congressional districts of Negros Occidental and the cities of Canlaon and Guihulngan and Vallehermoso and La Libertad towns in Negros Oriental.

Armed men gunned down the Bayawa siblings inside their house in Barangay Hibaiyo around 12:55 a.m.

Arthur was principal of the Guihulngan National High School-Poblacion Special Science Class while Adale was chief of the Curriculum Implementation Division of the Department of Education city division.

Alipan, village chief of Buenavista, was gunned down inside his house in Barangay Poblacion around 1:40 a.m.

The killings followed the gunning down of lawyer Anthony Trinidad at the city center of Guilhulngan Tuesday afternoon.

The Defend Negros #Stop the Killings network said it has recorded 73 victims of extra-judicial killings on Negros Island since January 2017 including the four recent killings in Guihulngan.

Alminaza called on officials of Guihulngan and Negros to speak up against the killings.

He also urged police and military personnel to “please act to protect our people.”

“Act to promote peace, not act to instill fear! Maintain peace, do not create violence! Act within the law, not beyond it,” Alminaza said.