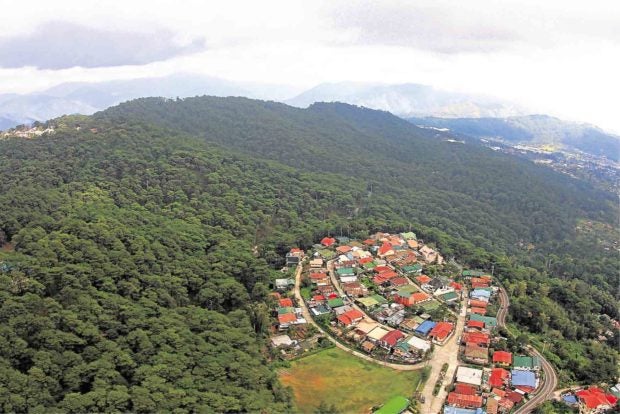 BAGUIO CITY—A proposal to declare Baguio’s pine as a heritage tree is being reviewed to determine how it would impact on development projects in the city.

The proposal was revived by the city council on Monday only to be tabled because of questions regarding its scope, how it could be enforced, and whether it would prevent developers from cutting pine trees standing on their projects.

The measure reached first reading before the term of the previous council ended in June.

FEATURED STORIES
NEWSINFO
Isko Moreno to run for president in 2022; formal announcement Sept 22
NEWSINFO
‘Mr. President, you are boring. Do your worst,’ Gordon says as Duterte keeps up tirades
NEWSINFO
Who is Julian Ongpin?

It sought to penalize violators with a P5,000-fine for harming or cutting pine trees, according to former councilor Leandro Yangot, the main proponent.

Yangot said overdevelopment had rendered the Baguio pine as “an endangered species.”

A moratorium on tree cutting is one of the features of a proposed executive order, which Mayor Benjamin Magalong had requested from Malacañang to allow time to rebuild the city’s forests while the government undertakes a rehabilitation of its public service facilities such as sewage.

A third of Baguio has tree cover, but only 500,000 of 2.5 million trees are pine species, according to the Department of Environment and Natural Resources.

Councilor Betty Lourdes Tabanda, who heads the city council’s committee on laws, said the revived measure should define properly how the government will identify and preserve the trees.

It should also spell out how trees can be covered by the protection granted by the national government to heritage structures and other culturally important relics, Tabanda said.

Baguio was one of the first cities to enact an ordinance protecting pine trees. The law, approved in 1990, bars people from nailing signboards or carving on pine trees.

In April, the Supreme Court permanently barred a mall from cutting the trees left on its property here.

On Wednesday night, Magalong and his team inspected a private lot owned by a department store owner and found 45 of 61 trees drilled with holes in an apparent attempt to kill the tree cluster.

The damaged trees were first examined by foresters of the city environment and parks management office.

Magalong directed city government lawyers to sue the property owner, saying the trees could be passed off as dead so they could hasten the release of tree cutting permits. —VINCENT CABREZA