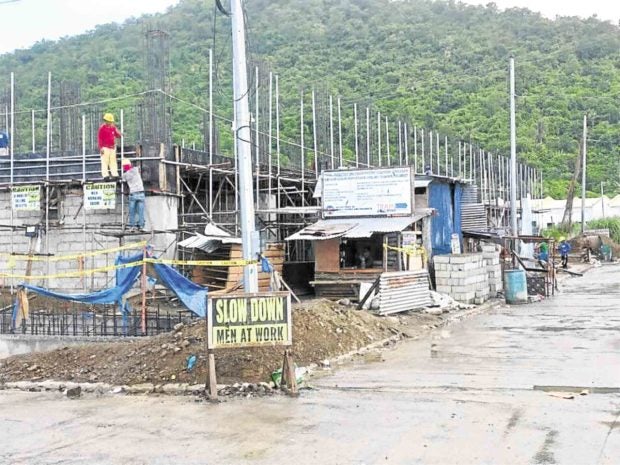 MORE PAY Construction workers are among those who will benefit from the wage increase in Eastern Visayas. JOEY A. GABIETA

TACLOBAN CITY—At least three million workers in Eastern Visayas region will enjoy a P20 increase in minimum wage after the wage board approved an adjustment for employees in the private sector.

But the increase for workers in the provinces of Samar, Eastern Samar, Northern Samar, Biliran, Leyte and Southern Leyte will be implemented in two tranches, according to Wage Order No. 21, which was approved by the Regional Tripartite Wages and Productivity Board (RTWPB) on July 22.

Yahya Centi, Department of Labor and Employment director in Eastern Visayas who is also the wage board chair, said the decision to implement the increase in two tranches would make it easier for business owners to comply with the order.

Centi described the increase as a “gift” to all minimum wage earners in Eastern Visayas, one of the poorest regions in the country.

The last time the RTWPB approved a wage order was on May 7 last year, which pegged the daily minimum wage at P305.

With the new wage order, daily minimum pay of workers in the nonagricultural sector would now be P325.

The new wage order was sent to the National Wages and Productivity Commission on July 23 for review. Once approved, it will be published in a local newspaper and would take effect 15 days later.

Centi said the wage board held a  series of public hearings, attended by business owners and workers, starting April for a new round of wage adjustments. The first hearing was held in Ormoc City, Leyte, on April 26, while the last was held in Tacloban City on July 17.