Facebook’s big federal fine could just be the beginning

SAN FRANCISCO – Did Facebook get a slap on the wrist?

The Federal Trade Commission’s record $5 billion fine and new oversight of Facebook is a serious attempt to rein in the world’s largest social media network after years of privacy mishaps. 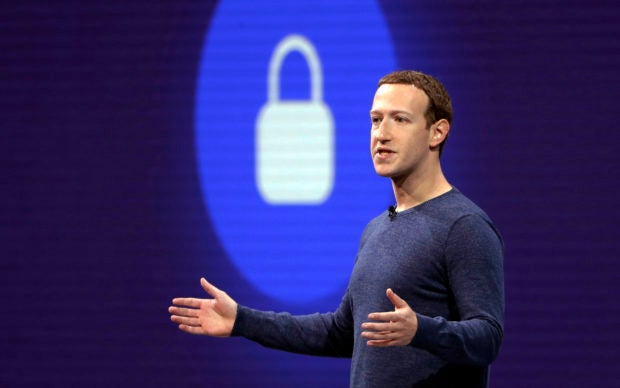 FILE – In this May 1, 2018, file photo, Facebook CEO Mark Zuckerberg delivers the keynote speech at F8, Facebook’s developer conference, in San Jose, Calif. Federal regulators are fining Facebook $5 billion for privacy violations and instituting new oversight and restrictions on its business. But they are only holding Zuckerberg personally responsible in a limited fashion. (AP Photo/Marcio Jose Sanchez, File)

But it doesn’t go as far as the company’s biggest critics would have liked and it may do little to impede Facebook’s massive advertising business or its ability to collect people’s data. It also raises a bigger question: Can the world’s governments actually rein in a transnational corporation that directly touches almost a third of the world’s population?

The fine is by far the biggest the FTC has levied on a tech company, though it won’t make much of a dent for a company that had nearly $56 billion in revenue last year.

And despite efforts by the FTC’s majority to get a unanimous vote, two of the five commissioners opposed the settlement and said they would have preferred litigation to seek tougher penalties.

“While the $5 billion fine is a record for the FTC, that speaks more to the lightness of the FTC’s traditional penalties than it does to the effect on Facebook. Facebook makes that much money in a couple of weeks,” said Siva Vaidhyanathan, professor and author of “Antisocial Media: How Facebook Disconnects Us and Undermines Democracy.” The other terms of the settlement, he added, fail “to crack down on the core misbehavior of Facebook.” Now that it’s over, the company can “get back to business as usual,” he said.

Wall Street seems to agree. Facebook’s stock price climbed higher Wednesday after the deal was announced and the company is worth much more than it was when the Cambridge Analytica scandal erupted back in March 2018.

The company’s market value on Wednesday was hovering around $575 billion — roughly $40 billion above where it stood before the news of the Cambridge abuses broke.

Still, the headaches are far from over. While the FTC action was one of the biggest regulatory threats for Facebook — as a U.S. company whose primary operations are in the U.S. — it still faces probes around the world over privacy, security and other possible violations.

Then there’s the broader antitrust probe by the U.S. Department of Justice, which the agency announced this week.

And on Wednesday Facebook disclosed that it faces a fresh FTC investigation into alleged anticompetitive behavior . It didn’t provide details of the scope or focus of the probe. Representatives of the FTC confirmed the antitrust investigation but offered no additional information.

“There is a lot more to come on the regulatory front for Facebook,” said Debra Aho Williamson, analyst with the research firm eMarketer. To pre-empt this and do things on its own terms, Williamson said the company is “going to do whatever it can” to change its business model and change the way it gathers data.

Facebook has already signaled that this is coming. Earlier this year, CEO Mark Zuckerberg unveiled a new, “privacy focused” vision for the company that centers on private messaging and encrypted communications.

The details are scant. But it shows that the company is thinking years into the future even as regulators are investigating and punishing it for years-past violations.

As part of the FTC’s settlement with Facebook, Zuckerberg will have to personally certify his company’s compliance with its privacy programs. The FTC said that false certifications could expose him to civil or criminal penalties. But the settlement did not hold Zuckerberg personally liable for the past violations, as some had expected.

In a Facebook post Wednesday, Zuckerberg said the company will “make some major structural changes to how we build products and run this company” as a result of the settlement. “We have a responsibility to protect people’s privacy. We already work hard to live up to this responsibility, but now we’re going to set a completely new standard for our industry.”

In a similar tone, FTC Chairman Joe Simons, speaking at a news conference, said the settlement is “unprecedented in the history of the FTC” and is designed “to change Facebook’s entire privacy culture to decrease the likelihood of continued violations.”

“Anything that Facebook likes is a problem,” he said.

The FTC opened an investigation into Facebook last year after revelations that data mining firm Cambridge Analytica had gathered details on as many as 87 million Facebook users without their permission. The agency said Wednesday that following its yearlong investigation of the company, the Department of Justice will file a complaint alleging that Facebook “repeatedly used deceptive disclosures and settings to undermine users’ privacy preferences.”

Three Republican commissioners voted for the fine while two Democrats opposed it, a clear sign that the restrictions on Facebook don’t go as far as critics and privacy advocates had hoped.

That wish list included specific punishment for Zuckerberg, strict limits on what data Facebook can collect and possibly even breaking off subsidiaries such as WhatsApp and Instagram.

Nonetheless, the regulators touted the agreement as imposing a “sea change” on how Facebook handles the privacy of people’s data. Simons called it “a belt-and-suspenders approach to compliance” — with five overlapping “channels” both inside and outside Facebook. /gsg