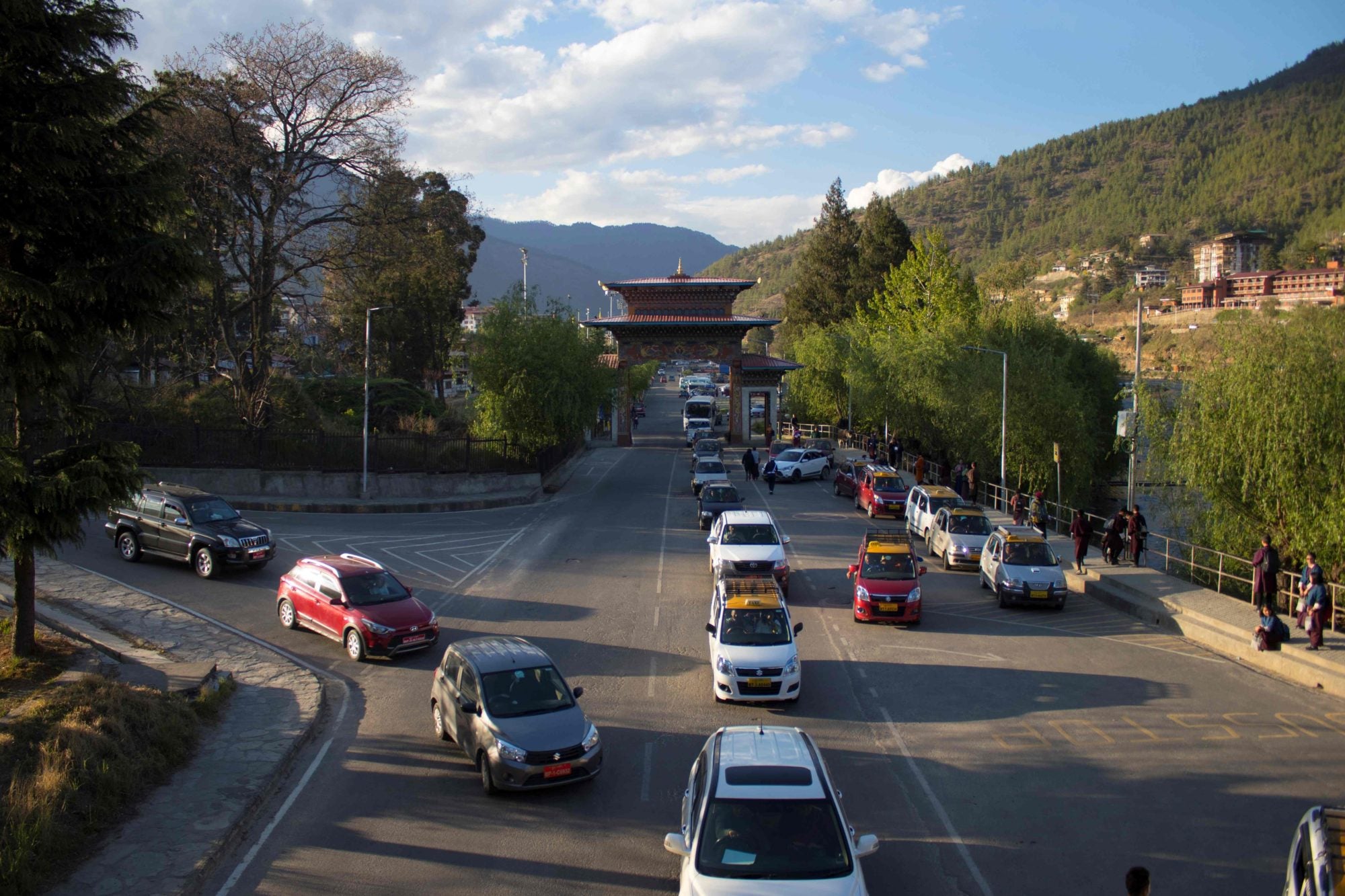 But booming car sales may impact efforts to preserve its rare status as a carbon negative country—and an increase in traffic is testing the good humor of its citizens.

Bhutan has seen a more than fivefold increase in cars, buses and trucks on its roads in the past two decades, according to transport authority director general Pemba Wangchuk with capital Thimphu hardest hit by the influx of vehicles.

Phuntsho Wangdi, a media consultant, says the congestion and lack of parking now makes driving stressful in the tiny Himalayan kingdom where there are no traffic lights.

“I wish there were fewer cars. It wasn’t like this before,” he adds of life in Thimphu, which is home to half the cars in the country.

The nation’s economy has grown 7.5 percent each year in the past decade, according to the World Bank. Officials estimate there is now one car for every seven people in Bhutan, which has a total population of 750,000.

But the nation’s narrow country lanes and outdated city roads can barely cope. A lack of infrastructure, along with poor driving etiquette—some simply leave their cars parked in the middle of the road—compounds the problem.

“Every year the number of cars and the number of people are increasing, and the roads have remained the same, and it’s a problem for us,” Lhendup, a taxi driver, tells Agence France-Presse (AFP).

Morning rush hour journeys that once took five minutes now take more than half an hour.

This may seem a small figure compared to the hours of gridlock faced by commuters in Manila, Jakarta and Bangkok, but it is a step-change for the Bhutanese who say the situation has rapidly deteriorated in the past year.

“It’s chaotic. I eat my breakfast in the car now to save time,” says Kuenzang Choden, who drops her 4-year-old daughter at school every day before heading to work.

The traffic jams are a sign of the wider economic changes the nation is facing. Bhutan is renowned for prioritizing gross national happiness over GDP, and has captured tourists’ imagination as a tranquil, idyllic land, but there are signs of malcontent.

According to the World Bank’s 2018 report, the youth unemployment rate is high, as is rural to urban migration, which puts a strain on the resources of towns and cities. And despite its reputation as a place where well-being is prioritized—it ranked 95th out of 156 countries in the 2019 UN World Happiness Report.

The proliferation of the internet and smartphones are fueling modern desires, while dealers are filling their showrooms with new brands and models from Japan and South Korea to lure buyers.

And while taxes have increased and restrictions put on vehicle loans, car buyers are not discouraged.

The figures please local businessmen but worry environmentalists keen to ensure Bhutan remains one of the world’s greenest countries.

Environmental activist Yeshey Dorji explains: “As a nation that prides itself on being a carbon-negative country, the increase in the number of fossil fuel vehicles speaks poorly of our leadership position in environmental conservation.”

Bhutan and Suriname, both with lush forests, are the only two countries to claim they are carbon negative, absorbing more carbon pollution than they give off.

Methane from cows, the burning of crops and other farm activities used to be Bhutan’s main source of greenhouse gases. But that has changed in recent years to industry and cars.

Bhutan’s constitution dictates that at least 60 percent of the country must be forest and the figure is currently above 70 percent.  But Bhutan is now importing more in fossil fuels than it exports in hydropower to India—the country’s biggest revenue earner.

Public transport is poor, particularly in Thimphu, which is home to 100,000 people but barely 40 buses.

“We have to make public transport more attractive and discourage owning cars,” he adds, warning that unless action was taken, Thimphu risked grinding to a standstill.

To ease congestion, the city is also constructing its first two multistory car parks that will each take about 600 cars.