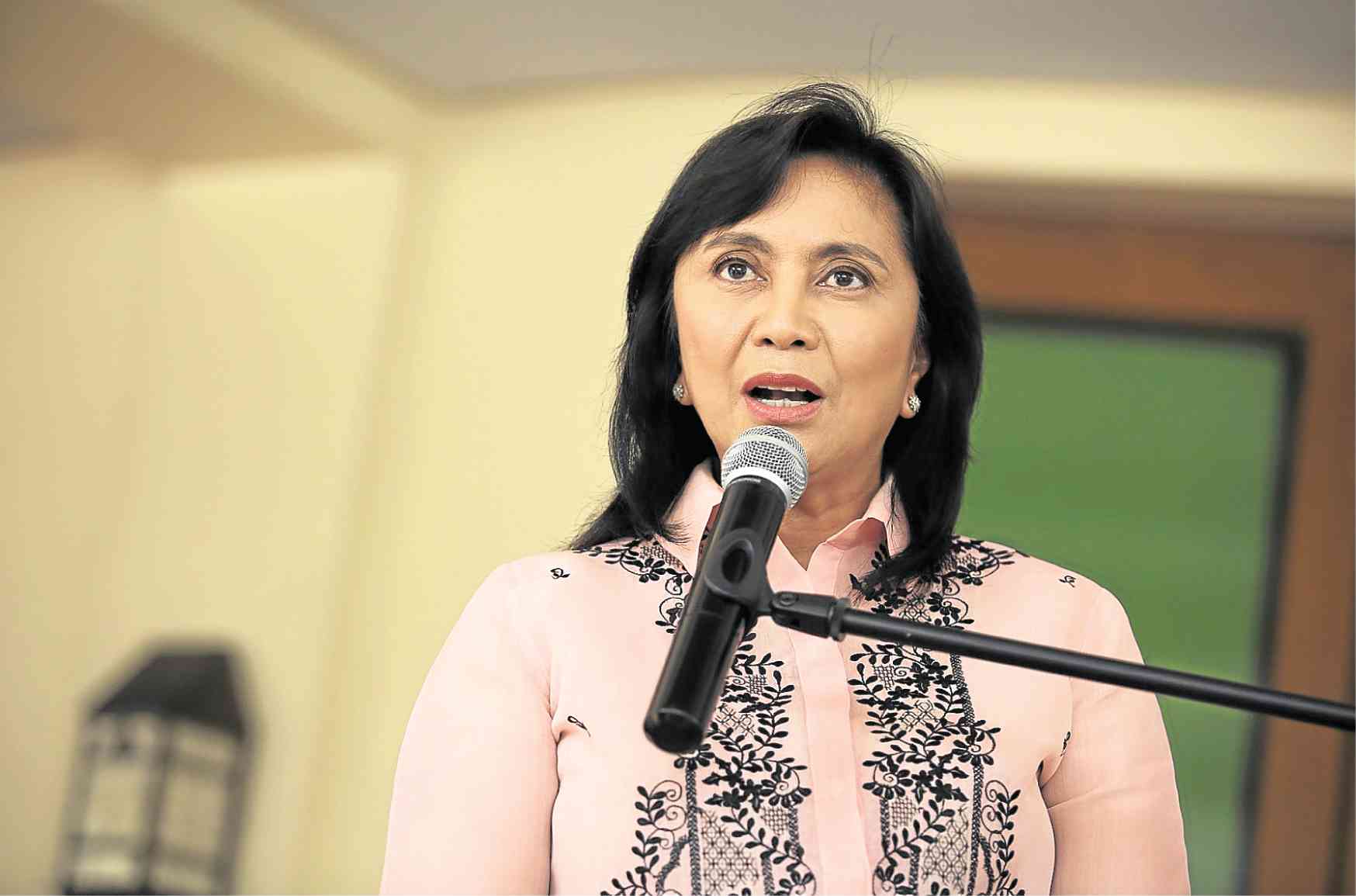 MANILA, Philippines — The net satisfaction rating of Vice President Leni Robredo dropped in the second quarter of 2018, a survey by the Social Weather Stations (SWS) showed.

The poll on the country’s top officials and institutions, conducted from June 22 to 26 among 1,200 adults, showed that 57 percent of respondents were satisfied with Robredo’s performance, while 29 percent said otherwise, for a net satisfaction rating of “moderate” +28.

The decline in Robredo’s overall net satisfaction was due to decreases of 21 points in the Visayas, 18 points in Mindanao and 13 points in Luzon, combined with a steady net rating in Metro Manila.

Gloria Macapagal-Arroyo’s final net satisfaction rating as Speaker of the House of Representatives fell from a “poor” -17 in March to “poor” -20 (29 percent satisfi ed, 49 percent dissatisfied) in June.

Senate President  Vicente Sotto III maintained his “very good” satisfaction rating of 60 percentage points, down only by one point from +61 in March.