MANILA, Philippines — With the hopes to break the stigma against them, young actor Awra Briguela bravely takes on the role of an HIV-positive individual in iWant series “Mga Batang Poz.” 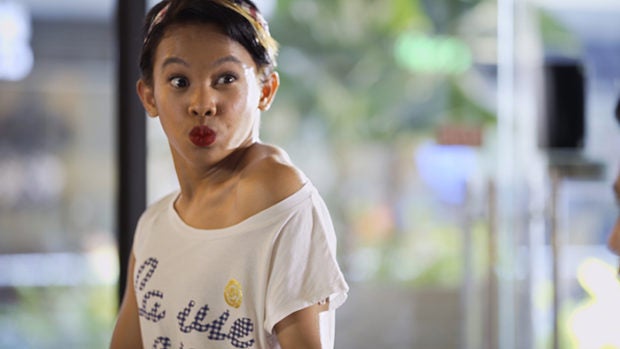 The 15-year-old actor also called on the people to refer to HIV-positive individuals as “patients” instead of “victims.”

Briguela plays the role of Chuchay, a 15-year-old-year-old boy who grew up in a poor household and resorts to using sex to earn a living.

While he knew the character required a lot from him as an actor, Briguela braved the challenge to stand up for his fellow members of the LGTBQ (lesbian, gay, bisexual, transgender and queer) community.

Director Chris Martinez shared they had a child psychologist during the set of the series to “brief and debrief” Briguela after shooting sensitive scenes.

Martinez also admitted he already had Briguela in mind to play Chuchay while he was reading Segundo “Jun” Matias Jr.’s novel “Mga Batang Poz” to which the online series was based on.

Matias likewise admitted he had Briguela as Chuchay in mind while he was still writing “Mga Batang Poz”: “Parehas kami ni Direk. When I was writing it, it was Awra.”