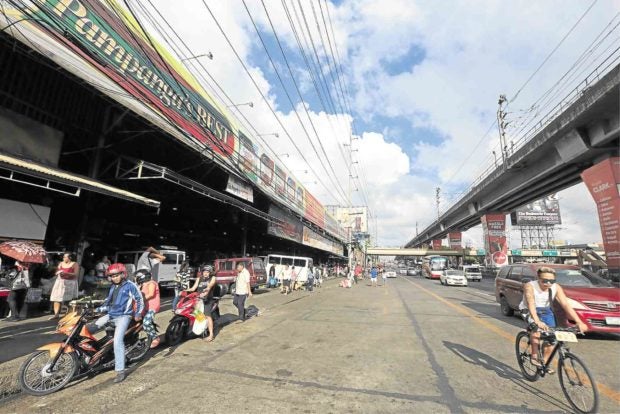 TIME TO RECLAIM Traffic would flow faster if local officials were to keep roads clear as the Quezon City government did on the stretch of Edsa in front of the Balintawak market. —GRIG C. MONTEGRANDE

President Rodrigo Duterte has ordered the Metropolitan Manila Development Authority (MMDA) and local officials in Metro Manila to reclaim all public roads that were being used for private purposes.

He issued the directive during his fourth State of the Nation Address (Sona) in an apparent bid to ease traffic congestion in Metro Manila.

The President also directed Interior Secretary Eduardo Año to ensure that Metro mayors would enforce his order to ensure that public roads remain accessible to the public.

“I reiterate my directive, my request, my pleadings, to the MMDA and all concerned local officials in Metro Manila and other cities to undertake immediate action to ensure the speedy and smooth flow of vehicular traffic,” he said.

“Reclaim all public roads that are being used for private ends. There are lots of them there. And again, I ask Secretary Año to see to it that it is enforced,” he added.

The President also gave Año the authority and power to suspend local chief executives who refuse or fail to comply with his directive.

“If there is a mayor or a governor or whatever demon you are, suspend him, Sir Año,” he said.

The President pointed out that these local leaders just wanted to “keep on pleasing their own constituents” instead of enforcing the law and helping ease the traffic problem in Metro Manila.

In his Sona, the President said the Philippines was losing about P3.5 billion daily due to congestion in the nation’s capital.