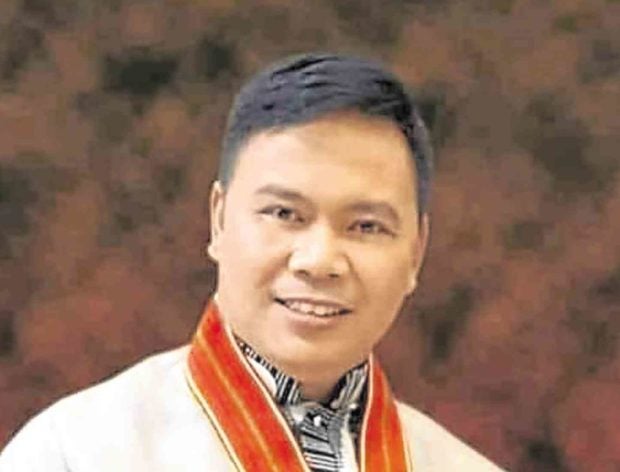 LEAP OF FAITH AND FORTUNE Joel Apolinario eked out a living as a fisherman, construction worker and disc jockey before founding a religious corporation that now claims to have five million members. Accused of running an investment scam by no less than President Duterte, Apolinario addressed his followers in a mammoth prayer rally in General Santos City on Thursday. —KAPA MINISTRY’S FACEBOOK

MANILA, Philippines – The Department of Justice (DOJ) has created another panel of prosecutors to investigate the syndicated estafa case filed by the National Bureau of Investigation (NBI) against officers of Kapa Community Ministry International Inc. (Kapa) for its alleged involvement in an investment scam.

In Office Order No. 1458 released to the media Tuesday, newly appointed Prosecutor General Benedicto Malcontento designated five prosecutors to conduct the preliminary investigation on the NBI’s complaint against Kapa founder Pastor Joel Apolinario and 13 other Kapa officials for eight counts of violation of Presidential Decree 1689 and violation of Republic Act 8799 or Securities and Regulation Code (SRC).

The DOJ official directed the panel to file the cases before the appropriate courts “when warranted by evidence” after the preliminary investigation hearings. 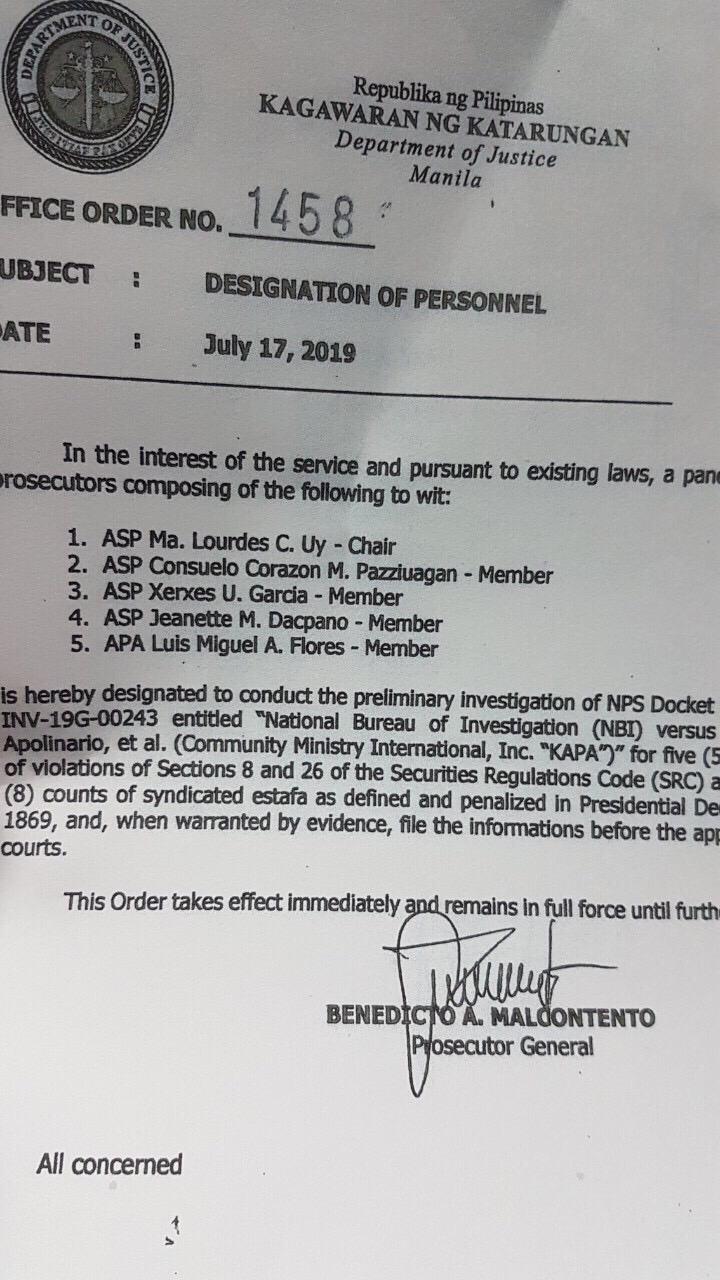