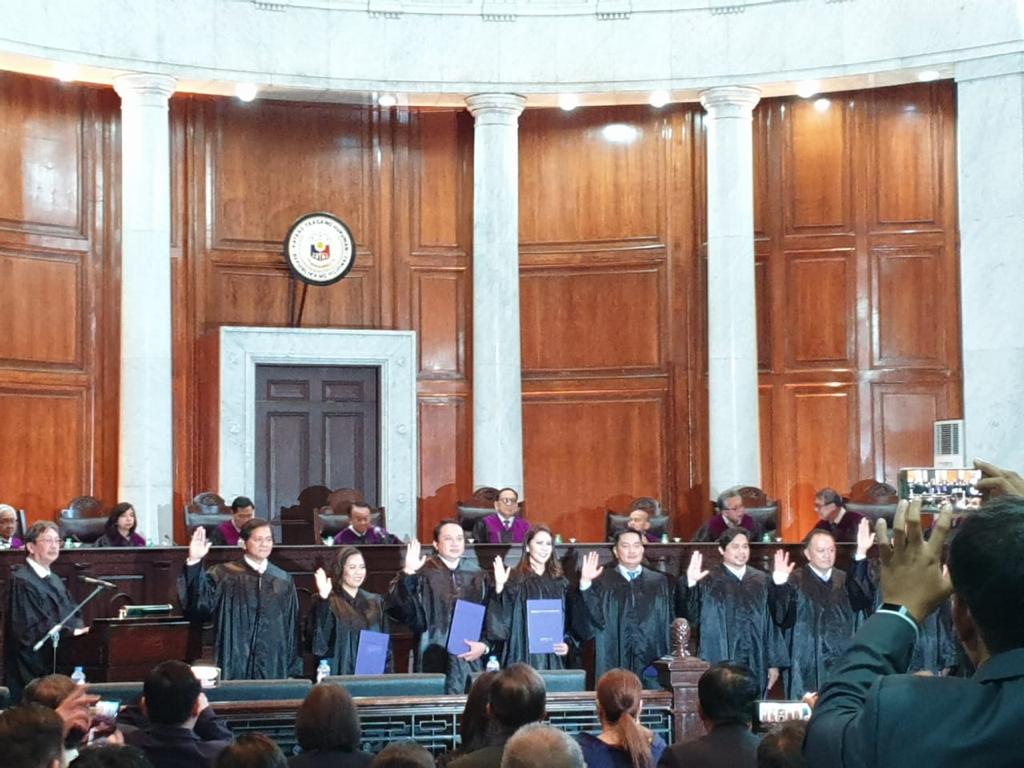 The 25th IBP National President and members of the 24th Board of Governors took their oath before justices of the Supreme Court. INQUIRER.NET/TETCH TUPAS

MANILA, Philippines – While the Supreme Court respects the autonomy of the Integrated Bar of the Philippines (IBP), Chief Justice Lucas Bersamin said they are not entirely independent.

Bersamin gave the brief message during the oath-taking of the 25th IBP National President and members of the 24th Board of Governors. IBP is a mandatory organization of lawyers with over 50,000 members. It became an official organization through the enactment of Republic Act 6397.

“We respect your autonomy but you will have to remember that you are not entirely independent of the Supreme Court,” Bersamin said.

“Your discipline will always be based on the merits of the case. We will not punish you without any justification, you can be assured of that,” he added.

Bersamin reminded the lawyers to stay faithful to the lawyers’ oath and always bind itself to the country and the Constitution.

The IBP was recently dragged into controversy after Solicitor General Jose Calida has accused it of deceiving fishermen into filing a writ of kalikasan petition for the protection of marine resources in the West Philippine Sea.

READ: Fishermen claim they were duped into signing ‘kalikasan’ petition

The organization denied the allegation, adding that it was the government who sneaked behind their backs and talked to their clients.

READ: Lawyer in fishers’ writ of kalikasan case: Gov’t sneaked behind our backs

The IBP, however, withdraw as a petitioner on the case and as counsel to some of the fisherfolk.

Its previous national President Abdien Dan Eljah Fajardo and current national President Domingo Egon Cayosa have been included in the criminal complaint filed by the police in relation to the allegations raised by self-confessed “Bikoy” of the “Ang Totoong Narcolist” series of videos Peter Advincula.

“I am confident that they will see the truth and act accordingly,” Cayosa said when sought for his reaction.