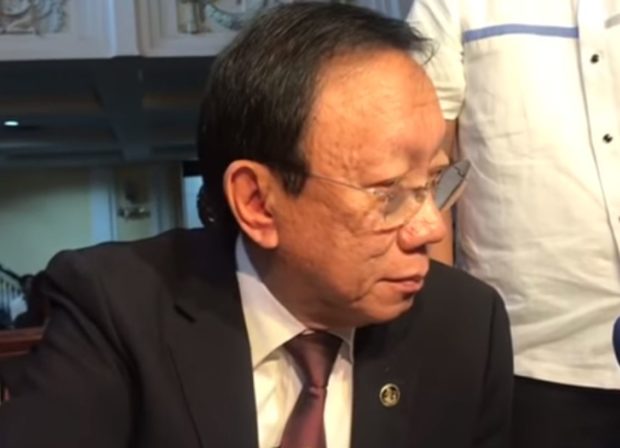 MANILA, Philippines – The Integrated Bar of the Philippines (IBP) and fisherfolk have decided to withdraw the writ of kalikasan petition for the protection of the West Philippine Sea.

They cited the disorderly proceedings of the case caused by the Solicitor General.

The IBP has decided to withdraw the petition after talking to the five fishermen in Palawan and one in Zambales.

The IBP said they have exerted efforts but still could not locate the 20 fishermen.

The motion stated that they have made a conscious effort to comply with all the directives of the Supreme Court  but “unfortunately the Solicitor General has tainted the intended orderly proceedings of this case.”

Solicitor General Jose Calida, during the July 9 oral argument, accused the IBP of defrauding the fishermen. He revealed that the 22 fisherfolk from Palawan and Zambales have executed affidavits stating that they are not aware that such a petition will be filed against the government.

Calida also appeared on television saying the IBP lawyers may be slapped with a disbarment complaint.

“He has escalated these attacks by going on media interviews threatening the undersigned counsels with disbarment,” read the IBP’s motion.

However, the motion noted that contrary to Calida’s claim, recent reports showed that it was the Philippine Navy counsels who approached the fishermen to withdraw the case “directly contravening the manifestations of the Solicitor General during the oral arguments on how his office obtained the said affidavits.”