Another La Union town says no to coal plants 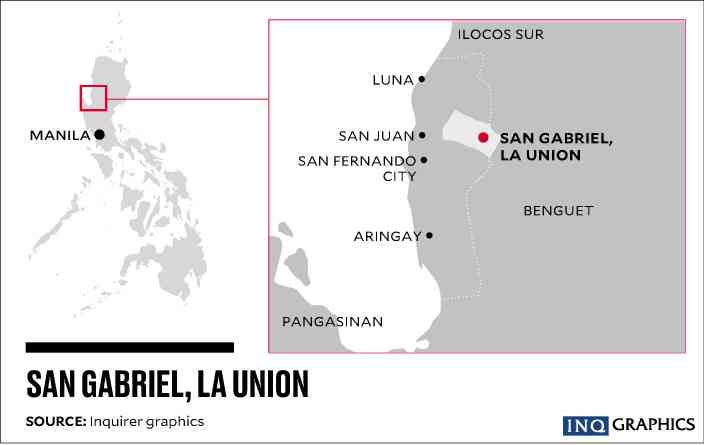 DAGUPAN CITY, Pangasinan, Philippines — San Gabriel, the largest town based on land area in La Union province, has opposed the construction of a coal-fired power plant in neighboring Luna town that officials and residents say is “risky, polluting and destructive.”

In a resolution passed on July 15, the San Gabriel town council said it “strongly opposed the construction of coal-fired power plants and would take a firm stand on the preservation of natural resources and the protection of the life and health of the people by encouraging the development and utilization of renewable energy.”

The council resolution made no direct reference to the 670-megawatt twin plants that have been the subject of protests after the project was granted an environmental compliance certificate (ECC).

The project of the Global Luzon Energy Development Corp. (GLECD) will be located in a 41-ha property straddling the villages of Carisquis and Nalvo Sur that face the West Philippine Sea.

The site is also near the 3-kilometer pebble beach where the 400-year-old Spanish “baluarte” (watchtower) stands.

In November 2018, a coalition of religious groups and nongovernment organizations asked Environment Secretary Roy Cimatu to revoke the ECC issued to GLECD.

The resolution said San Gabriel, a fifth-class town (population: 15,0000), would “remain steadfast in its campaign against coal-fired power plants as sources of energy.”

It cited Republic Act No. 8749, (Philippine Clean Air Act of 1999) which requires the government to strictly regulate coal-fired power plants because of the public hazards these facilities pose.

It also cited RA 9513, (Renewable Energy Act of 2008) which requires a shift to clean energy sources, such as solar power, to reduce the country’s dependence on fossil fuel like coal, natural gas and petroleum.

The San Gabriel council also said a resolution of the Climate Change Commission had noted that “coal-fired power plants are the biggest sources of man-made carbon dioxide emissions which account for about 35 percent of global greenhouse gas emissions.”

In March, the town councils of San Juan and Aringay, also in La Union, passed a resolution banning the construction, development and operation of coal-fired power plants in their areas. —YOLANDA SOTELO