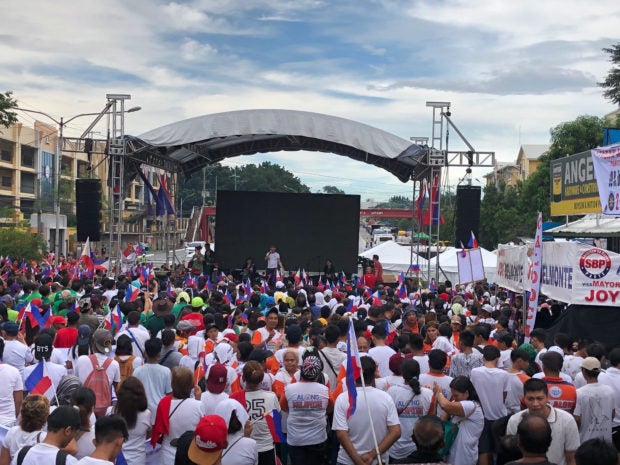 MANILA, Philippines — Government supporters came to the defense of President Rodrigo Duterte against the critics of his foreign policy.

The host also blamed the previous administration for losing a part of the West Philippine Sea, without directly referring to Panatag (Scarborough) Shoal) to China, which was seized by China after a standoff with the Philippines in 2012.

Duterte has been criticized for kowtowing to China when it comes to the West Philippine Sea and for refusing to bring up the arbitral award.

Other guests at the rally like retired police general Antonio Viernes promoted Duterte’s push for federalism.

In between speeches, the crowd was entertained with song numbers.

The Duterte supporters gathered along IBP Road near Batasang Pambansa, where President Duterte delivered his SONA.