Faeldon, Lim to testify vs Trillanes 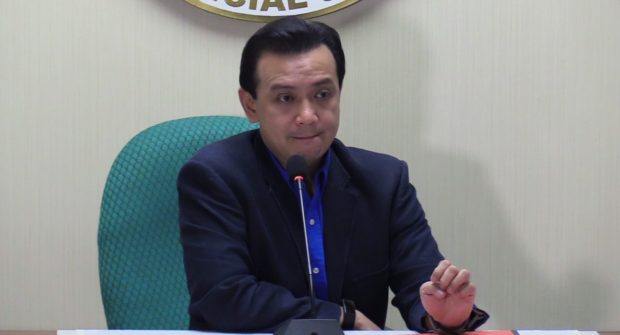 MANILA, Philippines–Two co-accused of former Senator Antonio Trillanes IV in the 2007 Manila Peninsula seige are set to testify against the former legislator.

Atty. Reynaldo Robles, counsel for Trillanes, said he reserved his right to object to the presentation of either of the two witnesses.

Robles questioned why the prosecutor would resort to presenting either of the two co-accused of Trillanes on the next hearing on October when they have 23 more witnesses on their list.

The rebellion case was dismissed in 2011 but was revived in 2018 after President Rodrigo Duterte revoked the amnesty given to Trillanes by then President Benigno Aquino III.

Robles appealed to Lim and Faeldon to think twice about testifying.

Meanwhile, Assistant State Prosecutor Evee Eunice De Keyser has refused to divulge any information on what the two officials’ testimony is about.

She said they no longer requested for a subpoena. “We undertook to bring them here,” she said. /jpv