Hontiveros snaps at netizen: ‘Stop telling women how to dress’ 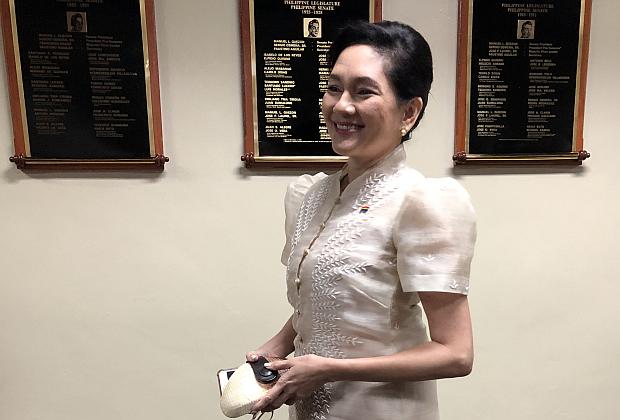 Sen. Risa Hontiveros arrives at the House of Representatives on Monday, July 22, 2019, for the fourth State of the Nation Address of President Rodrigo Duterte. (Photo by MAILA AGER / INQUIRER.net)

MANILA, Philippines — Oppositionist Sen. Risa Hontiveros snapped at a netizen who told her to “dress appropriately” for the fourth State of the Nation Address of President Rodrigo Duterte.

In a Twitter post on Monday, Hontiveros posted a screenshot of a tweet saying that her dress made her look like a “thirsty slut.” Attached to the tweet was a photo showing senators posing for an official photo shoot at the Senate.

“Dress appropriately. There’s a place and time to dress like a thirsty slut and a senator of the republic. #Cover Up #SONA2019,” the tweet from a certain Carlo Malonzo read.

The senator was wearing a piña barong dress, with a high slit on the skirt.

In response, Hontiveros said: “Stop telling women how to dress.”

Hontiveros is the author of “Safe Streets and Public Spaces Act” — colloquially known as the “Bawal Bastos Law” — which was recently signed by the President.

The law punishes catcalling and other gender-based forms of harassment in public spaces and online.