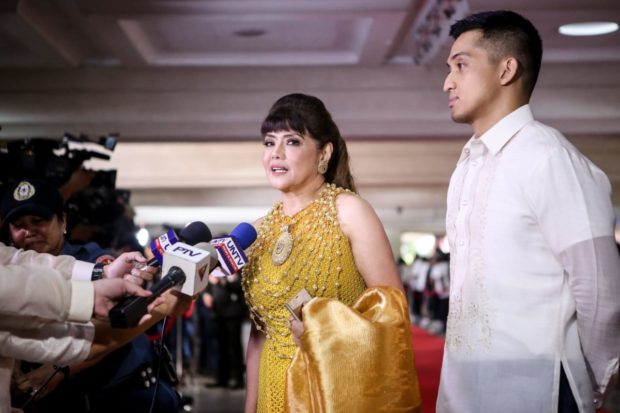 MANILA, Philippines – Neophyte Senator Imee Marcos drew the attention of the crowd when she wore a yellow gown at President Rodrigo Duterte’s State of the Nation (Sona), a color attached to the name of the Aquinos.

Asked regarding the message behind her choice to wear a yellow gown, Imee’ response was short: “Move forward, magkaisa ulit.”

The ouster happened after late senator Benigno Aquino Jr., one of Ferdinand’s biggest critics, was assassinated upon arrival in the Philippines from the United States.

Following Ferdinand’s ouster, he was replaced by Aquino’s wife Cory.

Yellow is the political color of the Aquinos. /ac/dm