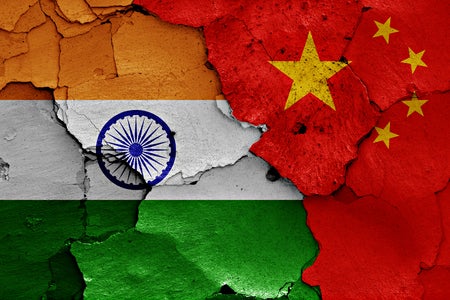 NEW DELHI — China says it values India’s concerns on the bilateral trade imbalance between the two Asian giants and is willing to discuss new approaches to address the issue, and has asked New Delhi to join Beijing in its fight against “unilateralism and protectionism” amidst a bruising trade war with the United States.

India for long has been pressing China to open its pharmaceutical market for Indian pharma exports to address the yawning trade deficit which last year according to Chinese figures, crossed US$ 57 billion in a $ 95.5 billion trade.

China’s new Ambassador to India Sun Weidong said: “China highly values India’s concerns on trade imbalance. But I have to point out that we have never deliberately pursued a trade surplus against India.”

China for its part, Sun said, has taken measures to increase import of rice and sugar and accelerated the process of review and approvals of Indian pharmaceuticals and agricultural goods.

He said latest figures show that China’s imports of Indian goods grew by 15 per cent and more Indian goods have found their way to the Chinese market.

India’s export of agricultural goods to China last year actually doubled, he said. “According to the statistics in the first half this year, India’s trade deficit against China is down by five per cent. So, I am convinced that with the concerted efforts the issue of trade imbalance between India and China will be gradually addressed,” he said.

“China and India have various channels for dialogue to talk about issues like trade imbalance. We are willing to discuss and find new approaches to address the trade imbalances with our Indian friends,” he said.

Sun also asked India to join China in the fight against unilateralism and protectionism, a reference to US President Donald Trump’s policy using tariffs as a weapon to assert his America first policy.

Trump kicked off a trade war with China last year by slapping 25 per cent duties on more than $ 250 billion of Chinese imports, demanding Beijing to reduce massive trade deficit which climbed to over $ 539 billion.

There has been a trade friction between India and the US on several issue. India wants foreign companies to store data locally and announced a review of the rules around e-commerce, moves that alarmed U.S. technology and financial giants.

Without directly referring to concerns in India over China’s big push into South Asia with huge investments in Nepal, Bangladesh and Sri Lanka, Sun referred to Beijing’s proposal in the past for a China-India Plus approach to address the issues involving these countries.