Pacquiao to skip Sona after win vs Keith Thurman 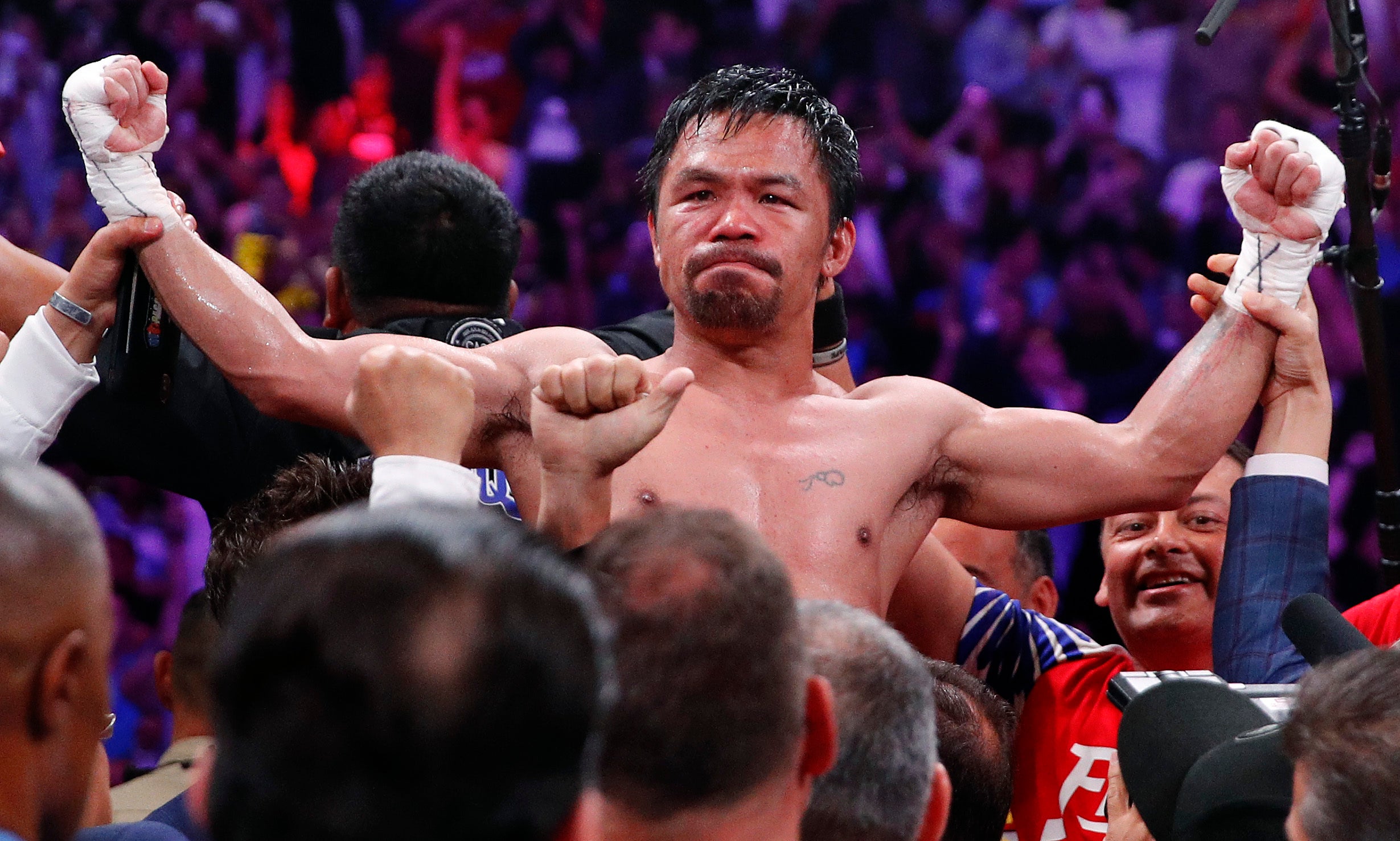 In a text message shared to reporters, Jinkee said Pacquiao’s doctors advised the senator to return to the Philippines on Sunday night Las Vegas time, which is around Monday morning local time.

Jinkee added that her husband is also suffering from some pain in his eyes following his successful match against American boxer Keith Thurman.

Asked if the senator is suffering from any other injuries aside from the pain in his eyes, Jinkee said: “Wala naman, mata lang.”

Before Pacquiao’s match, Senate President Tito Sotto said he received a message from the senator who hinted that they would be seeing each other on Monday.

Pacquiao won in a split decision against Thurman, who suffered his first defeat in his professional career. /je