newsinfo / Metro
Metro
BUT IT COULD BE AVOIDED 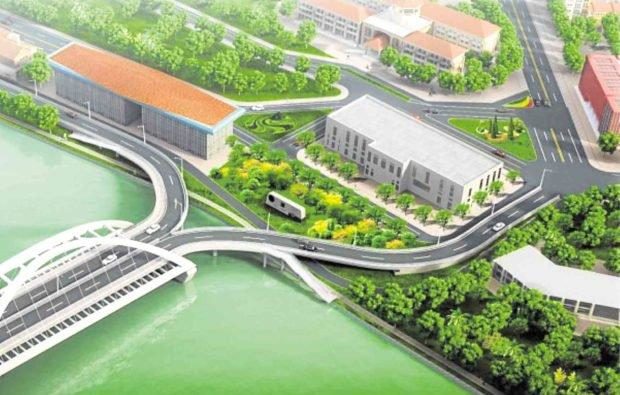 MANILA, Philippines — The construction of the controversial China-funded Binondo-Intramuros Friendship Bridge may indeed damage nearby baroque churches recognized as World Heritage Sites by the United Nations Educational, Scientific and Cultural Organization (Unesco). But the damage could be avoided.

Mark Albert Zarco, professor at the University of the Philippines Institute of Civil Engineering, shared this assessment during a seminar — “Risk and Resiliency: An Architect’s Responsibility” – organized by WV Coscoluela and Associates and held on Saturday at the Manila Polo Club in Makati.

According to Zarco, the damage could be caused by a failure in the excavation of a bored or barrette pile, a cast-in-place pile that forms part of the foundation of certain structures.

“I’ve had an experience on the Binondo site,” he said.

He was referring to the construction of a building in that Manila district where a bored pile was used. The hole being excavated collapsed, affecting the nearby swimming pool at the YMCA.

“So if there is a failure in the excavation of the bored pile, normally, that affects… in our experience… [other structures] within five to eight meters,” Zarco said. “When you excavate the bored pile, sometimes the hole collapses. So when it collapses, then it affects structures around without moving the structure.”

In the case of the bridge construction, damage may still be avoided by checking on nearby heritage sites while work continues, he said.

“In fact, [in the case of] the swimming pool of YMCA, they were able to underpin the structure. In other words, if there is some settlement, it can be fixed, and it is very doable,” Zarco said. “Obviously, you have to excavate it, and you notice there is a settlement, obviously you will stop and figure out what to do there.”

The China-funded bridge project has become controversial for having potential archeological and cultural risks on its construction.

According to heritage sites advocates, if the bridge construction would continue, historic churches — such as the San Agustin Church and three other baroque churches nearby — would probably have to be delisted from the Unesco World Heritage Sites list.

According to the National Commission for Culture and the Arts (NCCA), the bridge construction has been put on hold while the Department of Public Works and Highways alters the design of the structure.

But heritage sites advocates insist that construction is still ongoing.