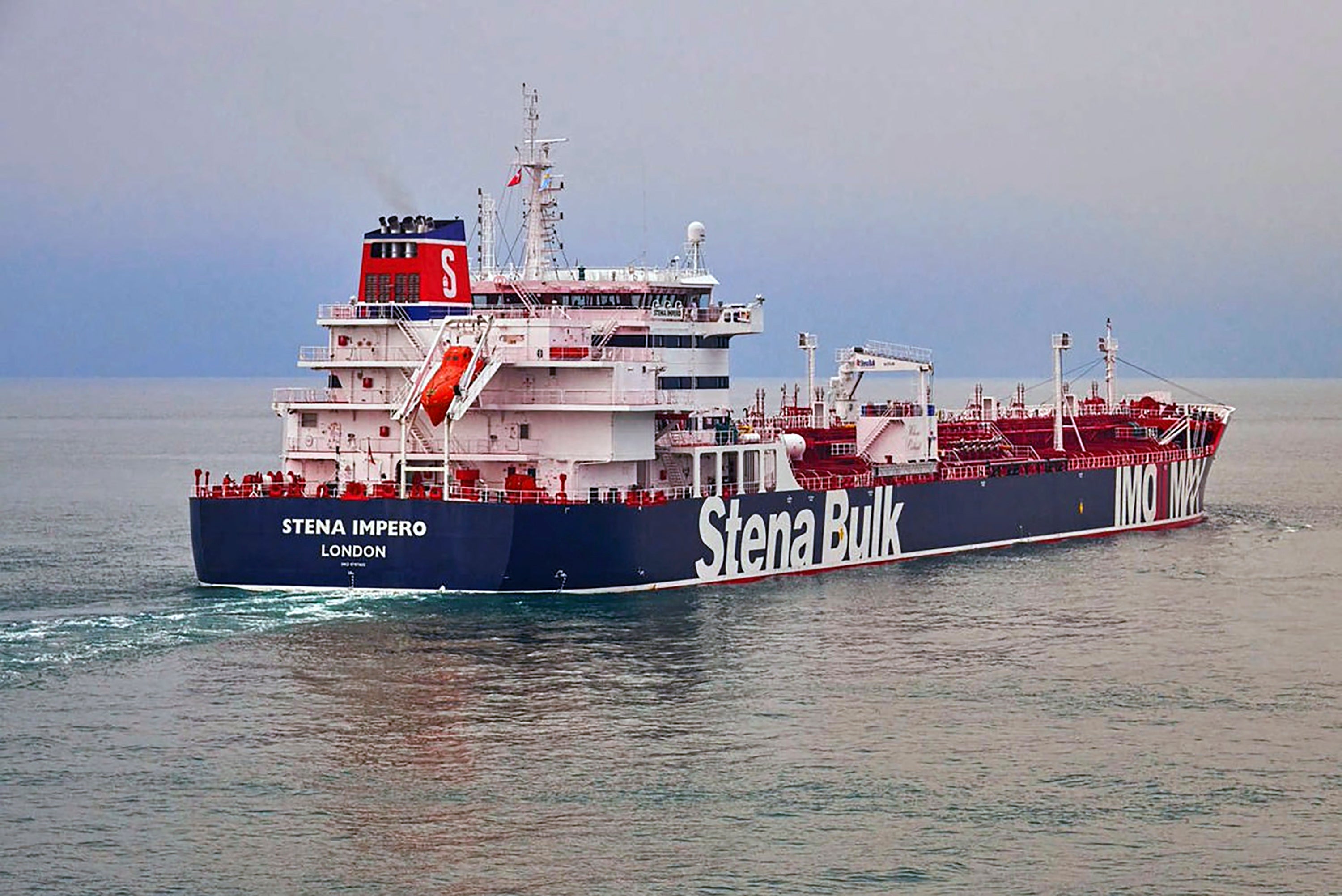 In this undated photo issued Friday July 19, 2019, by Stena Bulk, showing the British oil tanker Stena Impero at unknown location, which is believed to have been captured by Iran. Iran’s Revolutionary Guard announced on their website Friday July 19, 2019, it has seized a British oil tanker in the Strait of Hormuz, the latest provocation in a strategic waterway that has become a flashpoint in the tensions between Tehran and the West. (Stena Bulk via AP)

TEHRAN, Iran — Iran’s state-run IRNA news agency is reporting that the country’s seizure of British-flagged oil tanker a day earlier was due to a collision with an Iranian fishing boat.

Saturday’s report says the British tanker caused damage to the fishing boat, then didn’t respond to calls from the smaller craft.

The report says Revolutionary Guard vessels directed the Stena Impero to an Iranian port for an investigation Friday.

Iran’s attempt to offer a “technical” explanation for seizing the tanker could signal a possible de-escalation of tensions in the strategic Strait of Hormuz, which has become a flashpoint between Tehran and the West.

Another British ship was briefly detained by Iran on Friday before being allowed to go. /muf