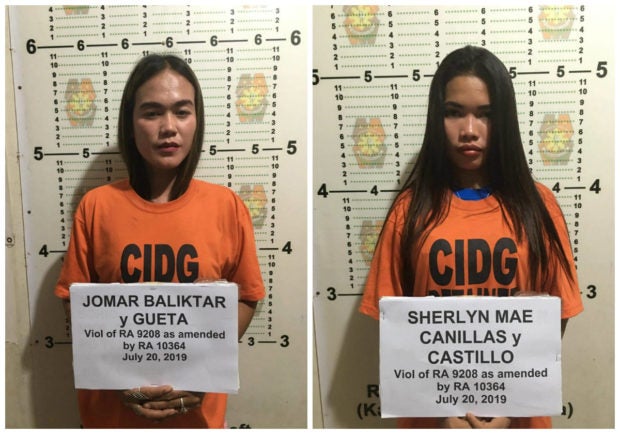 The CIDG also announced the rescue of the following victims:

Seized were P500 worth of cash and P2,000 worth of boodle money used in the entrapment operation.