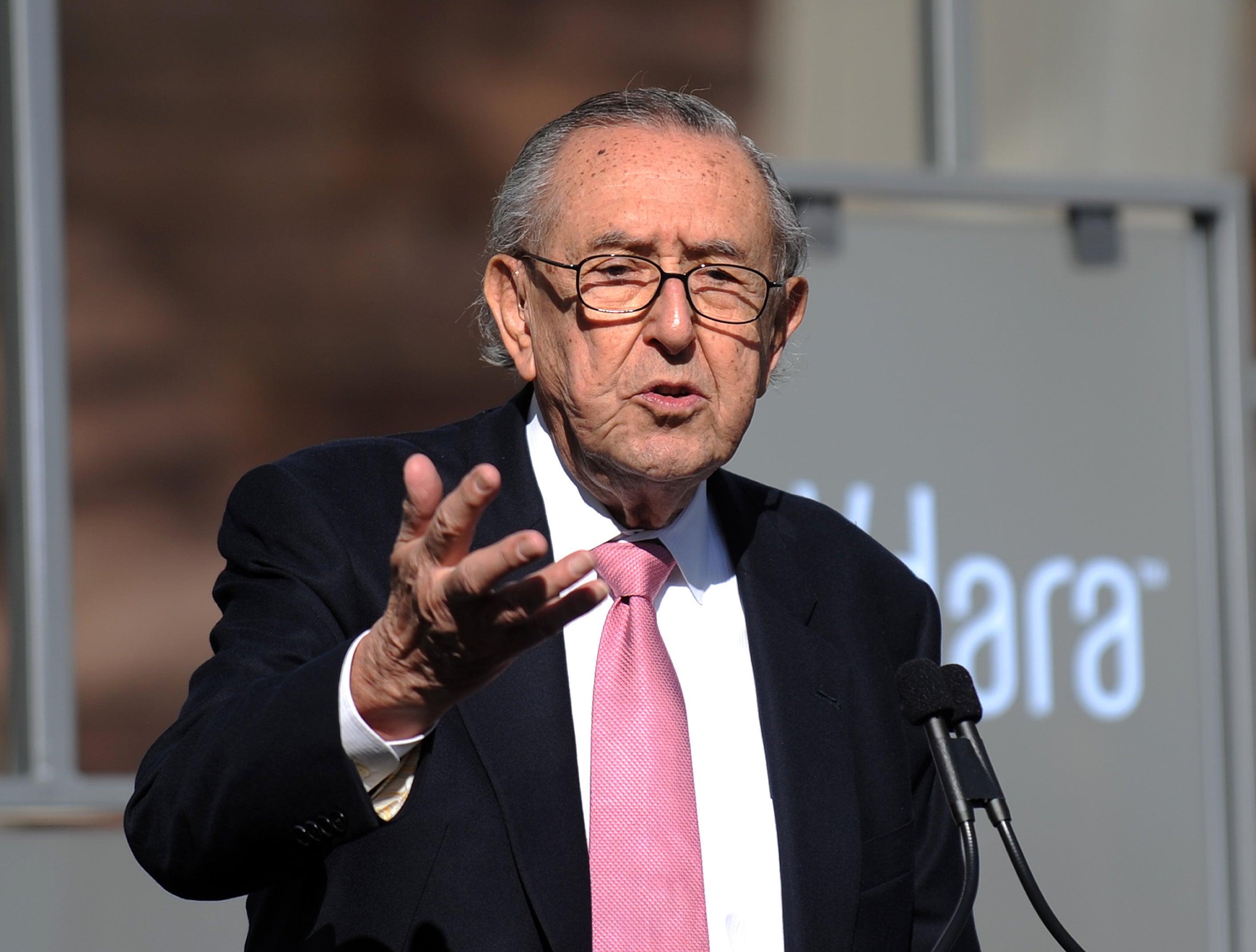 (FILES) In this file photo taken on December 16, 2009 Argentinian architect Cesar Pelli delivers a speech during the Grand Opening of the CityCenter, a mixed-use urban development center on the Las Vegas Strip. – Pelli passed away on July 19, 2019 at the age of 92. (Photo by Gabriel BOUYS / AFP)

BUENOS AIRES — Cesar Pelli, the Argentine architect and creator of Malaysia’s Petronas Towers and New York’s One World Financial Center, died Friday at the age of 92, his family said.

“I want to send my condolences to the family and friends of the talented Cesar Pelli,” President Mauricio Macri wrote on Twitter.

“The works he leaves throughout the world as a legacy are a pride for all Argentines.”

After graduating from the University of Tucuman, Pelli left for the U.S. in 1952, where he studied on a scholarship.

He was dean of Yale’s architecture faculty from 1977 to 1984, and counted the American Institute of Architects Gold Medal among his many accolades.

His most high-profile achievement was the Petronas Towers in the Malaysian capital Kuala Lumpur — a 452-meter high structure that was the world’s tallest building when it was completed in 1998.

Pelli’s legacy also includes dozens of theaters and cultural centers across the world, and he oversaw the expansion of New York’s Museum of Modern Art in 1984.

He also designed the International Financial Centre that towers over Hong Kong’s waterfront and the Gran Torre Santiago in Chile.

His last project was the Salesforce Transit Center in San Francisco, a transport hub that lies beneath the city’s tallest skyscraper and blends green space and shopping areas.  /muf

Duterte ‘not yet’ banning PH-China flights amid coronavirus scare