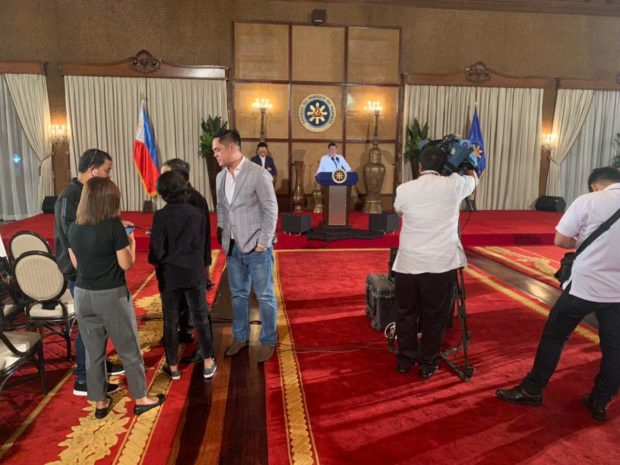 At the Rizal Hall of the Malacañan Palace. CONTRIBUTED PHOTO

MANILA, Philippines — President Rodrigo Duterte personally edited his 28-page speech on Friday night in Malacañang as he began practicing for his fourth State of the Nation Address (Sona).

“The President edits his 28-page speech to 19 pages,” a reliable source told INQUIRER.net.

Andanar earlier told INQUIRER.net that Duterte’s speech on Monday, July 22, will last for only 45 to 50 minutes if the President sticks to his prepared speech. 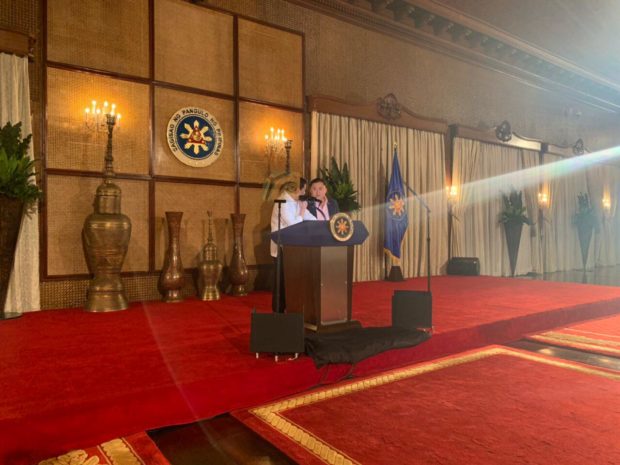 Cabinet Secretary Karlo Nograles earlier said the President just wants to “say what’s in his heart” in his Sona.

READ: Duterte will ‘say what’s in his heart’ in 4th Sona — Palace

Known for his lengthy speeches, Duterte earlier said he would “educate” his critics about the South China Sea, an issue where he earned a sharp rebuke for allowing Chinese fishermen to trawl in the Philippines’ exclusive economic zone.

Duterte’s first Sona in 2016 lasted for one hour and 32 minutes while his second Sona lasted for two hours.