MANILA, Philippines — Vitas Slaughterhouse, the only slaughterhouse that can be found in the country’s capital, has been found to have violations in terms of sanitation.

Dr. Joey Diaz, Supervising Veterinarian of the Veterinary Inspectors Board of Manila, admitted this on Friday after Manila Mayor Isko Moreno inspected the slaughterhouse for the second time.

According to Diaz, about 100 to 120 cows and less than 100 pigs go in and out of the slaughterhouse each day at Vitas.

Diaz said that these animals immediately get slaughtered once delivered to the area due to the sorry-state of the slaughterhouse. 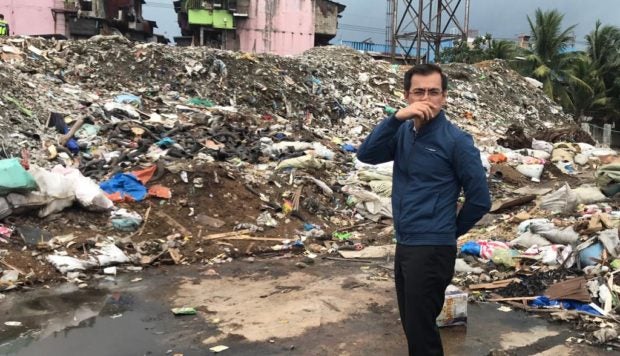 Mayor Isko Moreno orders the clearing of debris and other garbage at Vitas Slaughterhouse on Friday, July 19. Faye Orellana / INQUIRER.net

Contrary to standards, cows and pigs being brought to Vitas are butchered in close proximity with the other living animals, which may lead to developing contaminant hormones among them.

Diaz said that in a normal slaughterhouse, animals were killed separately from those that are still alive.

Aside from the sorry state of the butcher area, he said that the slaughterhouse also needs to address the lack of water and garbage disposal area.

During Moreno’s first inspection on Wednesday, he said that the slaughter area will not pass the sanitation standard set by the Department of Environmental and Natural Resources due to its lack of facilities.

“You cannot take this sitting down because what we are after is the people of Manila who will buy meat in talipapa, palengke,” he added. 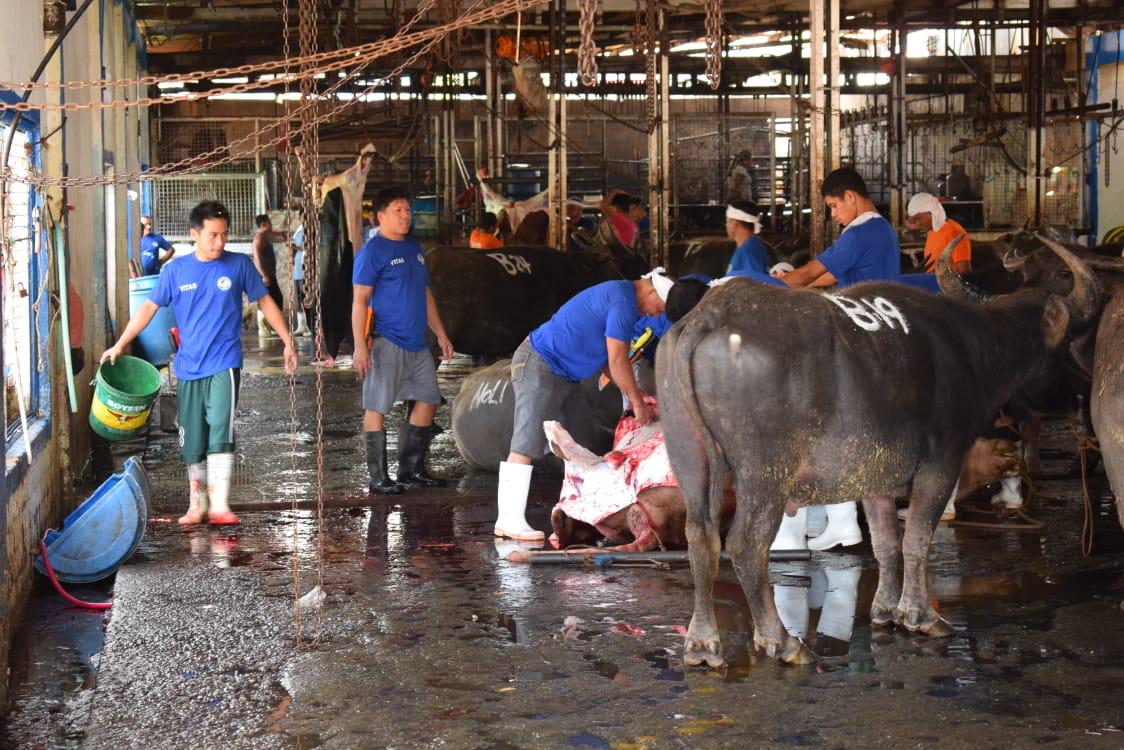 As for garbage concerns, Moreno said that the smell of the area was “nauseating.”

According to Moreno, without proper sanitation in the area where cows and pigs are butchered, meat products may be contaminated even before they reach the market.

The current situation, according to Diaz, may lead to possible contamination of meat products from Vitas Slaughterhouse. 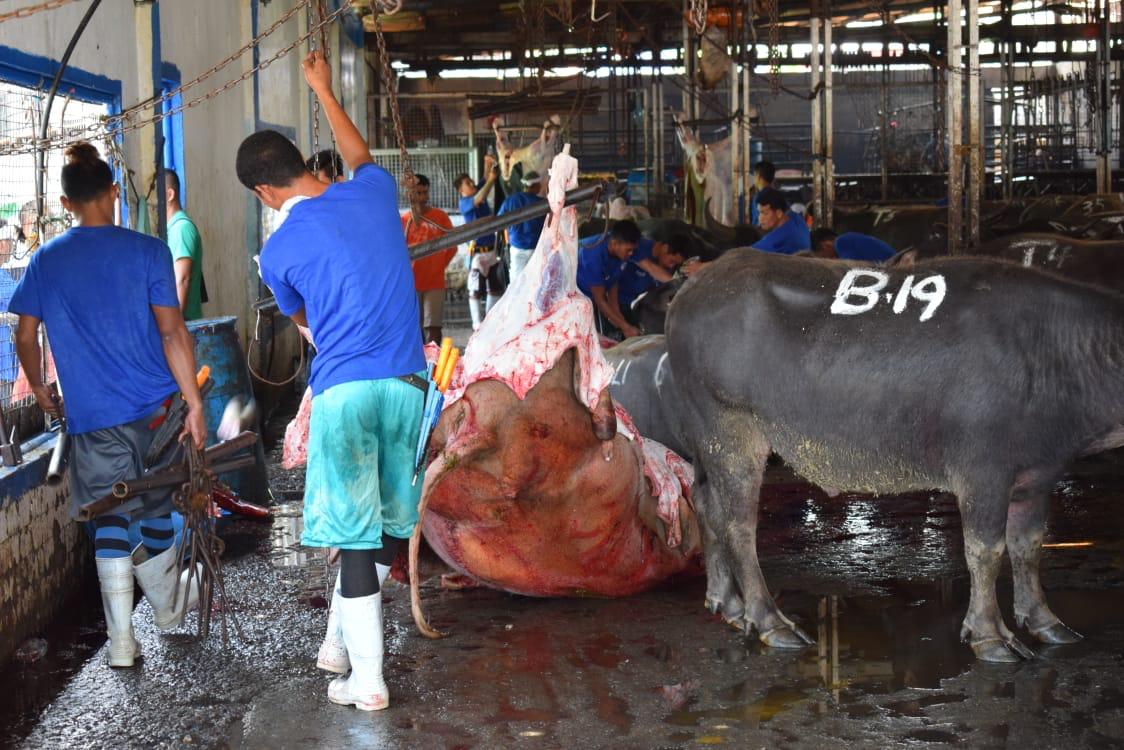 Nevertheless, he assured the public that it is doing its best for the meat not to touch the ground.

Despite the issues raised, Diaz said that they are now finding ways in improving the state of the slaughterhouse while waiting for the promise of the city government in building a new Vitas Slaughterhouse.