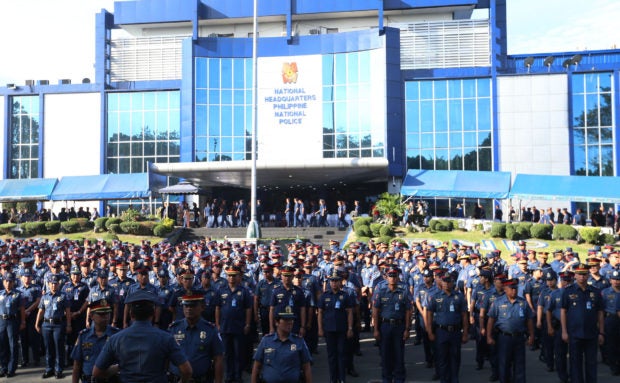 MANILA, Philippines — President Rodrigo Duterte has approved the promotion of nine senior officials of the Philippine National Police (PNP), including its top intelligence officer and spokesperson, to their next higher ranks.

Also promoted to the rank of Brigadier General is Col. Walter Castillejos, executive director of the Directorate for Integrated Police Operations in Northern Luzon.

According to PNP, Duterte approved the promotion of the officials upon the endorsement of the Civil Service Commission based on the recommendation of Interior Secretary Eduardo Año, who is also chairman of the National Police Commission, and the PNP Senior Officers’ Placement and Promotion Board.

Pacleb is a member of the Philippine Military Academy (PMA) “Sinagtala” Class of 1986 and was appointed to his post as a top intelligence officer on May 9 after serving as regional director of the PNP in Northern Mindanao.

Banac is a member of the PMA “Tanglaw-Diwa” Class of 1992. He was appointed PNP spokesperson on January 22.