Public wants Duterte to talk about  jobs, China in his Sona — Pulse Asia

MANILA, Philippines — Workers’ salaries, prices of basic commodities, and employment have topped the list of issues the public would like President Rodrigo Duterte to discuss during his fourth State of the Nation Address (Sona) on July 22, a Pulse Asia survey bared Friday.

The survey, conducted from June 24 to 30, revealed that 17.1 percent of the 1,200 respondents wanted Duterte to tackle issues surrounding the pay of workers and another 17.1 percent to discuss the lowering of prices of basic goods. Meanwhile, 15.2 percent of the respondents wanted to hear Duterte’s accomplishments and plans on creating more jobs or livelihood opportunities. 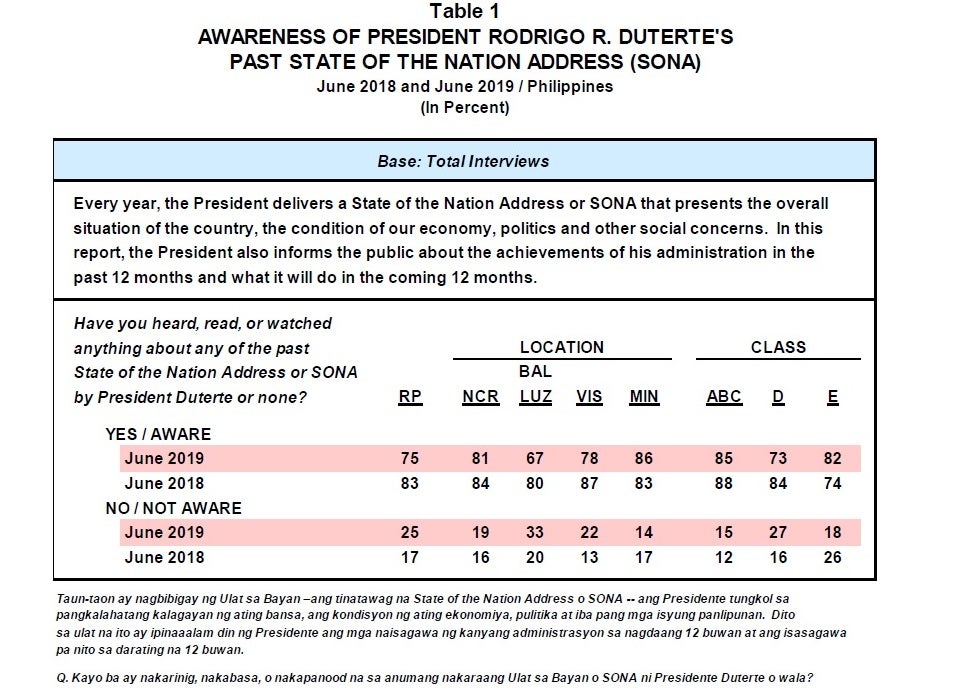 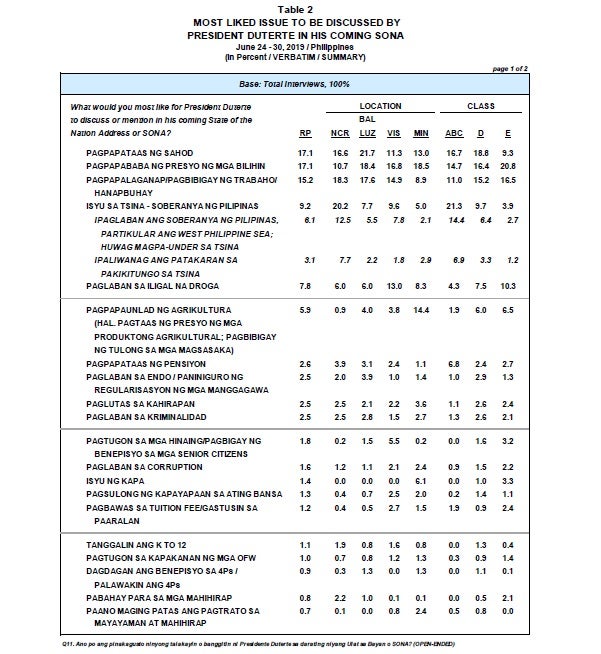 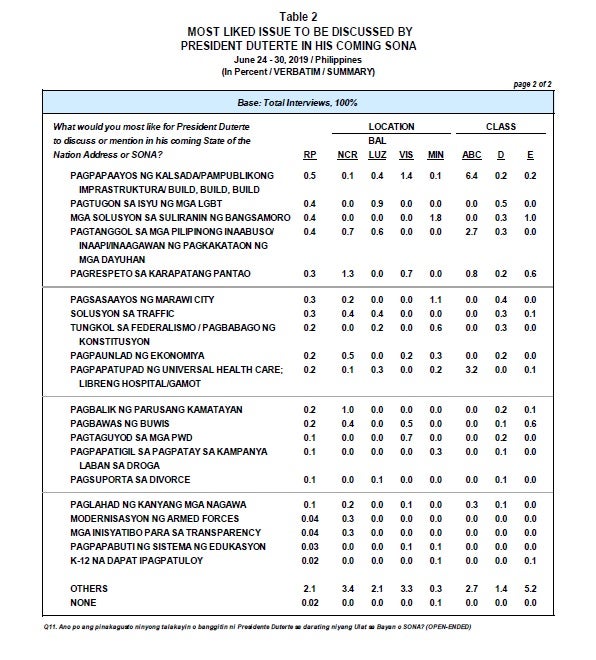 For 9.2 percent of Filipino adults, issues surrounding the relations between the Philippines and China should be tackled by the President in his Sona on Monday.

In particular, 6.1 percent are of the opinion that the Chief Executive should assert Philippine sovereignty over the West Philippine Sea while 3.1 percent said he should explain the country’s policy in relation to China.

Moreover, 7.8 percent of the respondents cited fighting illegal drugs as an important topic during Duterte’s Sona, while 5.9 percent wanted the President to discuss improving the agricultural sector.

The respondents were asked: “What would you most like for President Duterte to discuss or mention in his coming State of the Nation Address or Sona?”

The poll also added that most Filipino adults or 75 percent are aware of any of the President’s previous Sonas. Majority awareness levels were recorded across geographic areas and socio-economic classes, according to Pulse Asia.

Pulse Asia said their nationwide survey has a ± 2.8% error margin at the 95 percent confidence level.   /muf