But only vehicles that meet conditions set in memorandum will be recognized
By: Krixia Subingsubing - Reporter / @KrixiasINQ
Philippine Daily Inquirer / 05:18 AM July 19, 2019 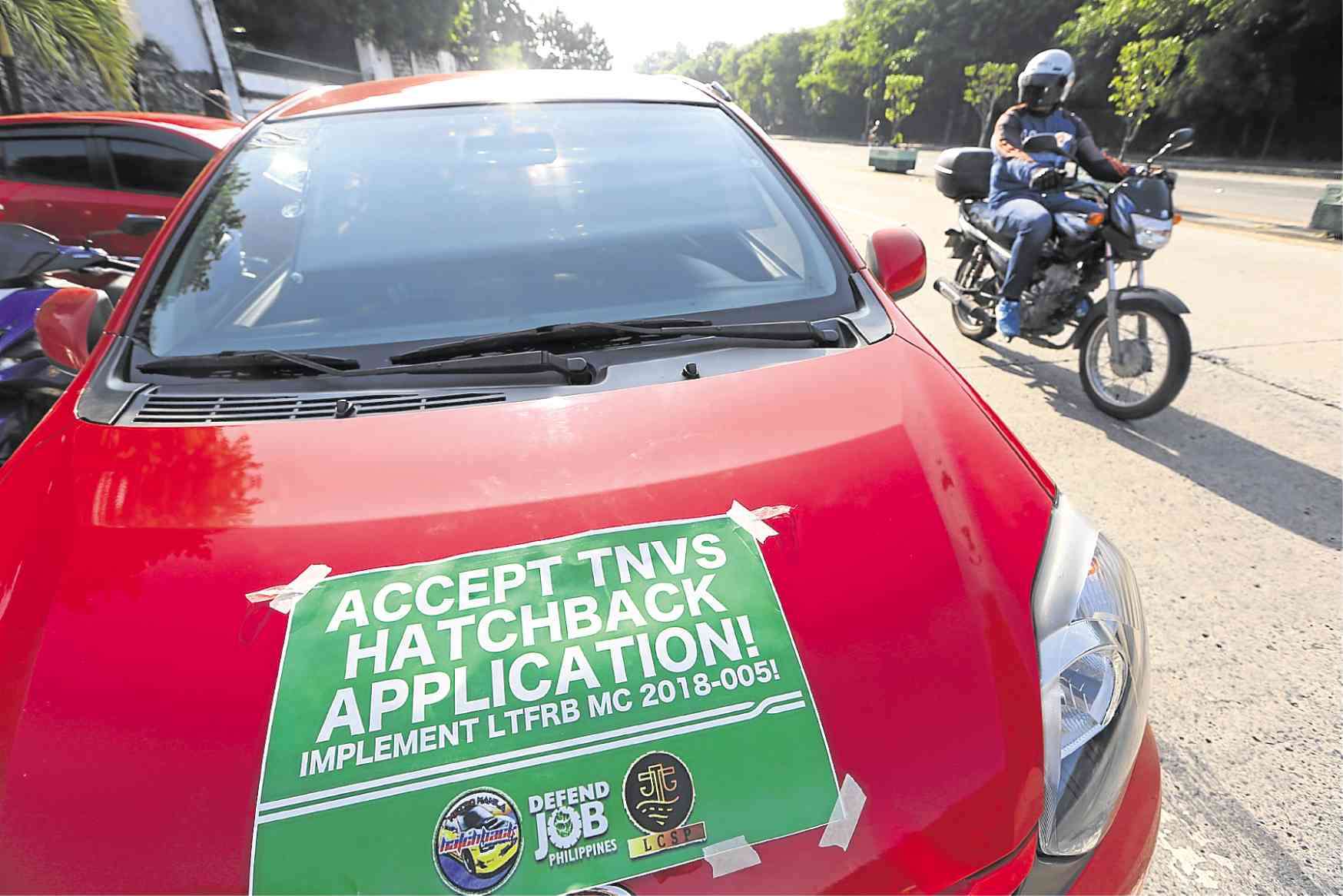 The Department of Transportation (DOTr) on Thursday ordered the Land Transportation Franchising and Regulatory Board (LTFRB) to allow hatchbacks to operate as transport network vehicle service (TNVS) units, in what could be considered part of an ongoing balancing act between regulating public transport and relaxing outdated policies.

In a statement, Transport Secretary Arthur Tugade said he had directed the LTFRB to implement Memorandum Circular (MC) No. 2018-5 which allowed accredited hatchbacks to operate for a limited time—until 2021—provided they charge much lower fares and limit their route to within Metro Manila.

According to Tugade, the MC should be implemented until it is “modified and/or amended.”

The DOTr, however, clarified that only the hatchbacks that were among the 55,000 TNVS units included in a master list and whose applications were filed between March 5 and Dec. 15, 2018 would be recognized.

Ninoy Mupas, one of the leaders of the TNVS coalition who wrote to Tugade and President Duterte to air their grievances, said they welcome the policy change.

He added, however, that his group would continue to lobby for the LTFRB to also accept the applications of hatchback drivers who applied after Dec. 15, 2018.

The LTFRB has yet to issue a statement on the DOTr’s order. But earlier, it stood firm on its opposition to hatchbacks, saying these were unsafe because they did not meet the technical requirements for public transport vehicles.

Last month, a group of deactivated hatchback drivers asked the Quezon City Regional Trial Court to order the LTFRB to implement the MC.

Transport Undersecretary for Roads Mark de Leon said the LTFRB would need to amend the MC to allow the permanent classification of hatchbacks as TNVS units, and to reenlist TNVS units that were previously removed from the master list.

“In bigger metropolitan areas like London and Tokyo, hatchbacks are allowed to operate as public transport. If first-world countries and cities allow it, why can’t we? These vehicles are more fuel-efficient and, thus, are good for the environment,” De Leon said.

In an earlier interview, LTFRB technical division head Joel Bolano said the agency was just following Department Order 2015-11 which stated that vehicles with an engine power of less than 2,000cc could not be used for public transport.