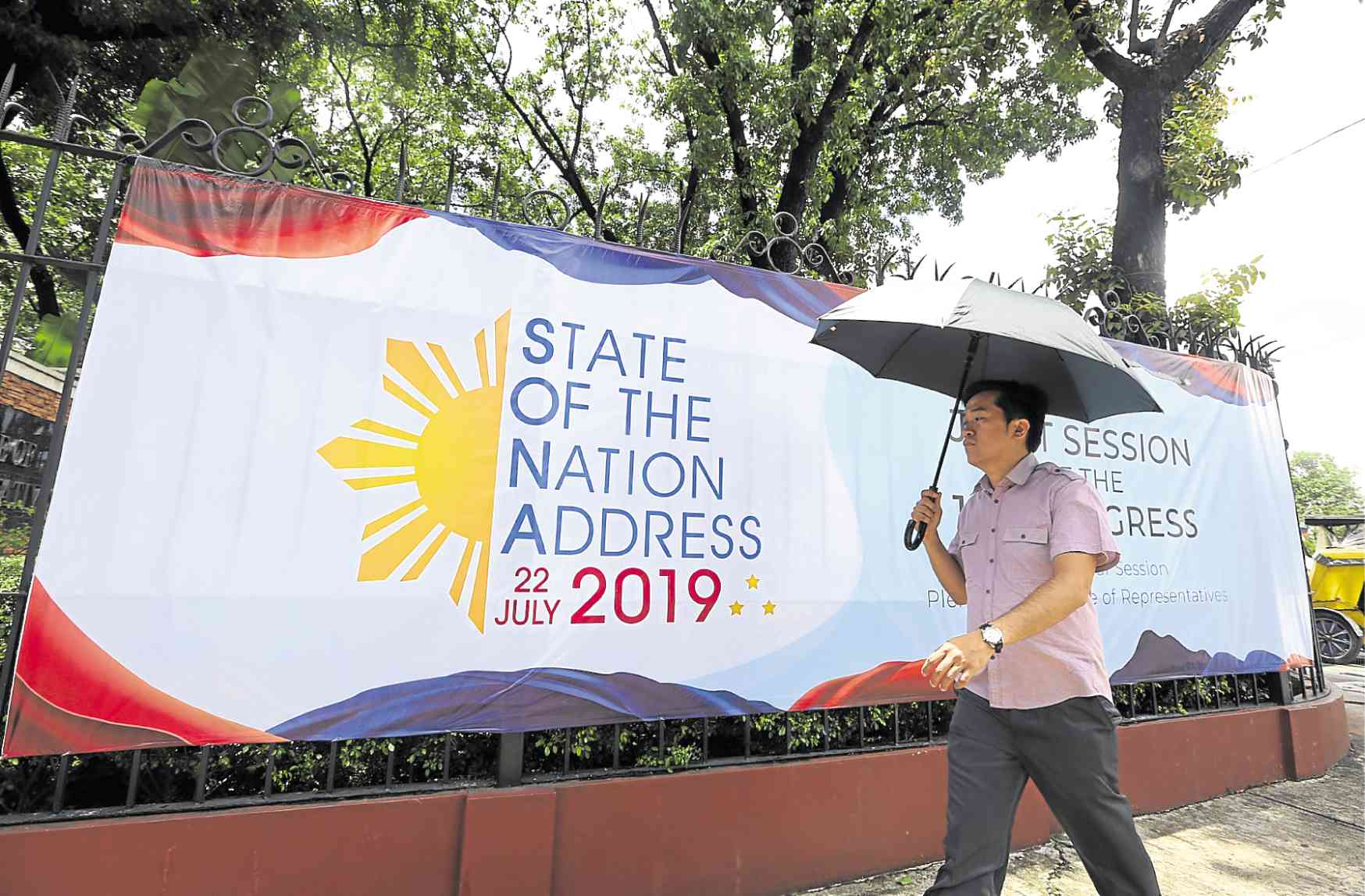 SONA PREPARATIONS A three-day lockdown at the House of Representatives will be in effect from today until July 21 as part of security measures. —NIÑO JESUS ORBETA

A traffic rerouting scheme will be implemented on Monday, July 22, for President Duterte’s State of the Nation Address (Sona) at the Batasang Pambansa complex on Batasan Road, Quezon City.

“We are appealing for the understanding and patience of those who will be affected by the heavy traffic on Monday. It’s also advisable for those who have no important errands to just stay at home, if possible, until after the Sona,” said Police Brig. Gen. Joselito Esquivel Jr., Quezon City police director, on Thursday.

According to Esquivel, illegally parked vehicles on the entire stretch of Commonwealth Avenue will be towed starting at 12:01 a.m. on Monday. The northbound lanes will be partly closed from Home Depot to the Sandiganbayan U-turn slot.

The eastbound lanes of IBP Road—from Filinvest 1 to Sinagtala roads—will be closed to vehicles from 12 a.m. to 4 p.m.—to give way to demonstrators, the police said. The southbound lanes, however,  will remain open.