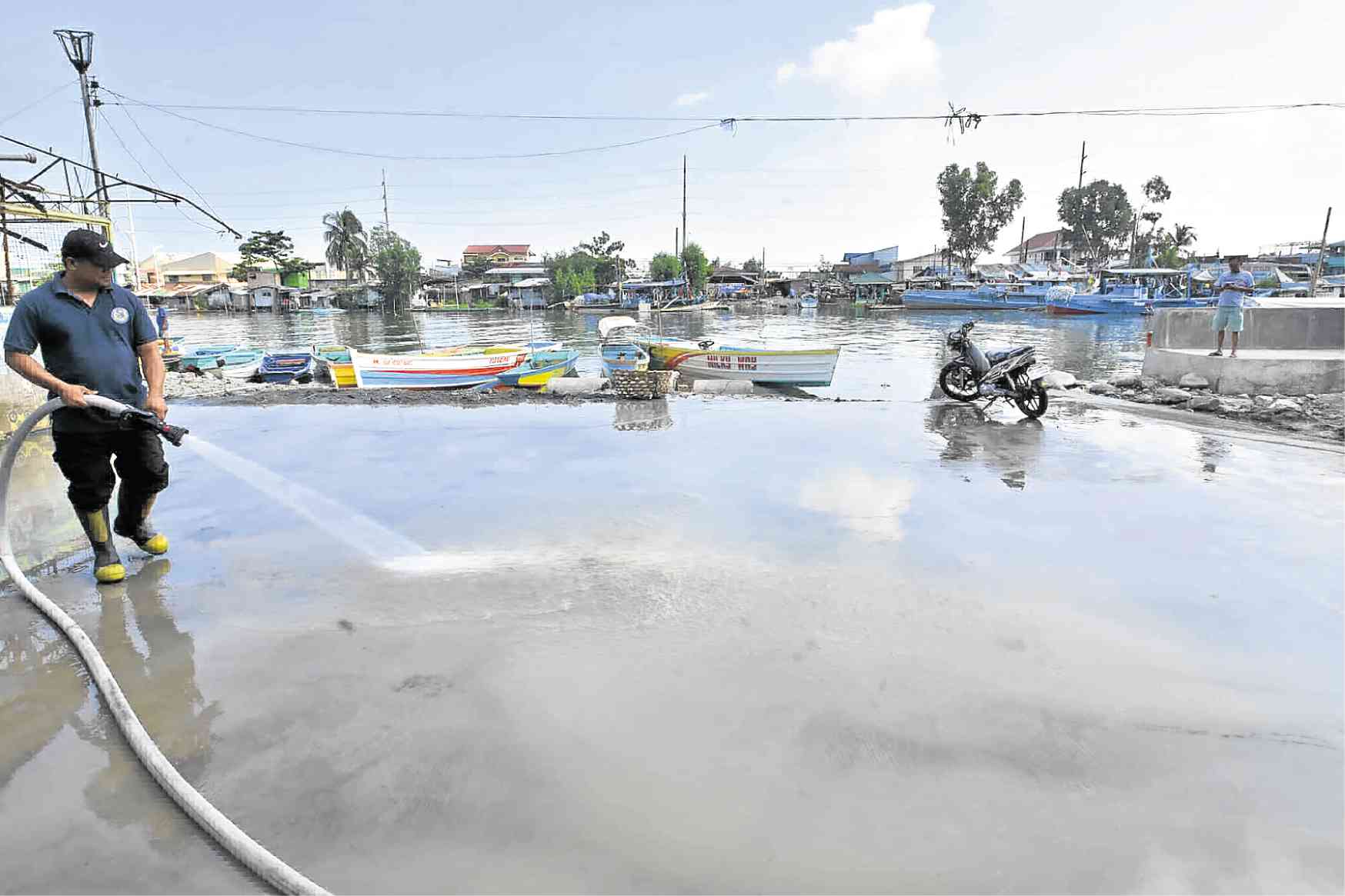 ALL CLEAR A worker in Dagupan City hoses down a spot at the back of Magsaysay Market where garbage used to pile up. —CONTRIBUTED PHOTO

DAGUPAN CITY—Hauling uncollected trash and clearing streets of vendors have been the first order of Mayor Marc Brian Lim, who vowed to solve the city’s worsening garbage problem as soon as he assumed his post.

Lim directed the city waste division to clean the streets, sending water trucks to hose down and flush out mud along the city’s main thoroughfares and public markets.

In the last two weeks, more than 16 truckloads of garbage had been collected from public markets and roadsides, said Teddy Villamil, a consultant of the city government on waste management.

The city’s antihawking division also had its hands full in clearing the streets of vendors who had occupied the sidewalks and the roads, making it difficult for vehicles to pass through.

Less than a month after Lim officially took over the reins of the city government, the streets had been cleaned and cleared of obstructions.

But Lim said there was nothing extraordinary about this.

“As the local chief executive, part of my responsibility is to maintain the upkeep of the city, especially the public markets … because these are susceptible to waste that can pile up,” he said.

He said rehabilitating the streets is a concerted effort of various City Hall departments and some barangay officials.

According to Lim, the garbage problem persists in spite of the availability of the materials recovery facilities (MRFs) in 31 villages.

He said most of the MRFs have been idle and some have been turned into a storage for construction material debris. Lim said part of solving the garbage woes is to make MRFs operational again.

“The MRFs are useless if households do not segregate their garbage … Without segregation, mixed garbage piles up at the MRF and when collected and brought to the open dump [in Bonuan], which is illegal as it had been ordered closed, the situation there gets worse,” Lim said.

The more than 50-year-old open dump was ordered closed by the Department of Environment and Natural Resources in January 2017.

He said his administration has no other option but to continue using the dump “because we came into office when there was no long-term plan, so we are starting from zero.”