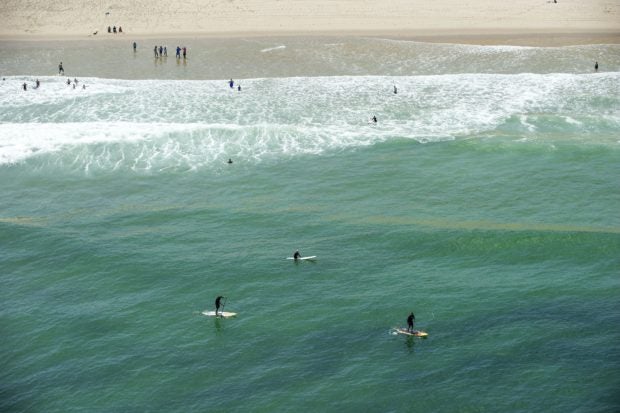 Surfers ride the waves in the waters close to seals and sharks at Newcomb beach in Wellfleet, Massachusetts in Cape Cod on July 13, 2019. – On July 13 and 14 five great whites were spotted off Cape Cod, forcing three beaches to be briefly evacuated, the Atlantic White Shark Conservation Society reported. AFP

Wellfleet, United States — At the entrance to Newcomb Hollow Beach, at the tip of the Cape Cod peninsula, the picture of a great white shark reminds swimmers that the US shores of the Atlantic must be shared with the ocean’s most feared predator.

The great whites swim to this region in the northeastern United States to hunt for one of their preferred foods – seals.

Since the Marine Mammal Protection Act was passed in 1972 the number of seals in Cape Cod has grown to more than 50,000.

In 2005, the great whites were declared a protected species in the state of Massachusetts – where Cape Cod is located – and have since become regular visitors to the region.

The deadly sharks are a great tourist attraction, and their pictures are splashed on T-shirts, coffee mugs, and caps for sale in the area. Yet despite their fearsome reputation, shark attacks on humans are rare.

One victim was Arthur Medici, a 26-year-old belly board surfer killed by a great white just a few yards (meters) into the ocean at Newcomb Hollow Beach in September 2018. A stone plaque was placed at the beach in his memory.

But prior to Medici the last deadly Cape Cod shark attack dates back to the 1930s, according to local news media.

Local authorities, however, are taking no chances. This year the state has granted funds to Cape Cod peninsula towns to help them deal with sharks, even though there is no clear plan on what to do.

One tactic some towns are using is to train lifeguards and residents on ways to stop severe bleeding in case of a shark attack.

“We have all been trained in ‘Stop the Bleed’,” she said, adding that the town is also offering training for residents.

But for now, apart from a warning system that announces the presence of sharks that have been tagged with special chips, there is no long-term solution.

“We are seeing more danger to the human population while swimming,” said Melyssa Millett, a seal and shark environmental guide on Monomoy Island, just south of the peninsula.

“This is a natural course in nature’s cycle,” she said. 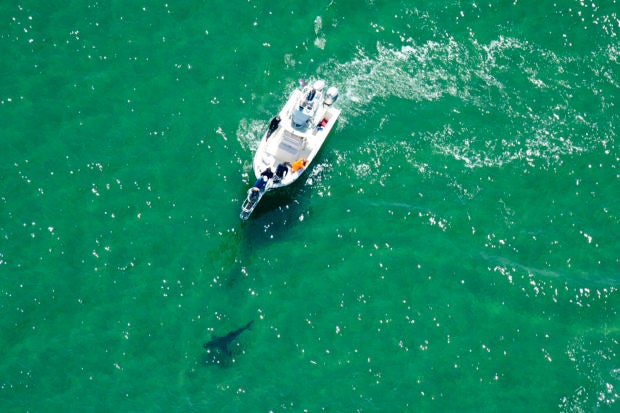 For the moment, all that swimmers and surfers can do is be cautious.

“I don’t think there will be anything that is a 100-percent deterrent,” said surfer Christa von der Luft.

“I would like to see what an examination of all the options look like to see if there is something that can be done,” she said.

Other beaches along the eastern US seaboard are also dealing with dangerous sharks.

About 1,500 kilometers (930 miles) to the south, off the beaches of North Carolina, three people were attacked by sharks between April and June.

Researchers at the University of Florida recorded 66 shark attacks last year around the world, including four that were deadly.

In the United States, 32 shark attacks were recorded in 2018 with one fatality – meaning that the chances of dying from a shark attack are one in 3.7 million. /kga