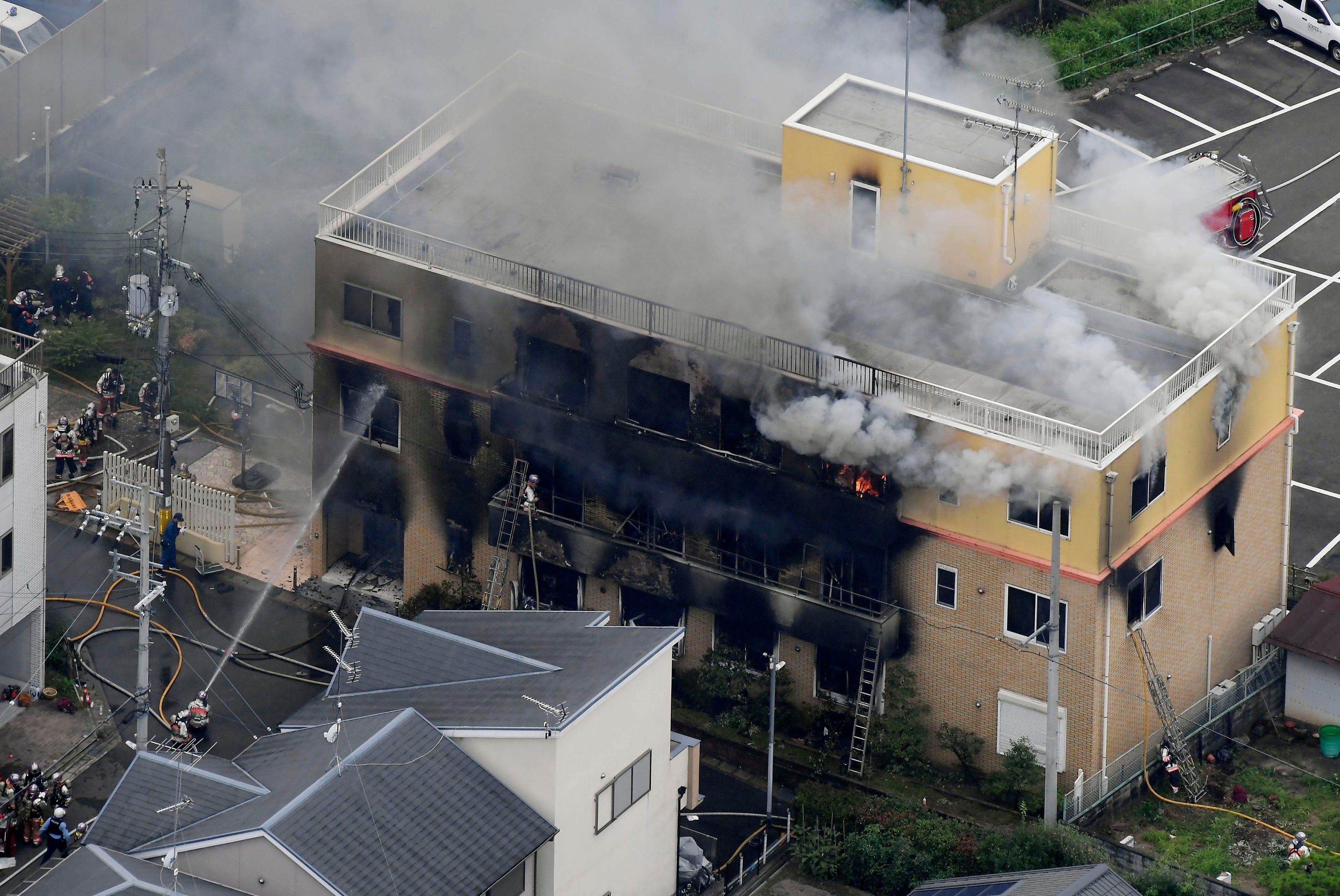 Smoke billows from a three-story building of Kyoto Animation in a fire in Kyoto, western Japan, Thursday, July 18, 2019. Kyoto prefectural police said the fire broke out Thursday morning after a man burst into it and spread unidentified liquid and put fire.(Kyodo News via AP)

TOKYO  — A man burst into a famous animation production studio in Kyoto and started a fire early Thursday, leaving at least one dead and 35 others injured, some critically, Japanese authorities said.

The fire broke out at a three-story building of Kyoto Animation in Uji city in southern Kyoto, after the suspect spread an unidentified liquid that set off the blaze, Kyoto prefectural police and fire department officials said.

One person died of severe burns, said fire department official Satoshi Fujiwara. Ten of the injured were in serious condition, many of them suffering from burns, he said.

The suspect was also injured and taken to a hospital, officials said. Police are investigating the man on suspicion of arson.

Rescue officials set up a tent outside the studio building to provide first aid and sort out the injured.

Fire department officials say more than 70 people were in the building at the time of the fire, but most of them ran outside.

The fire was almost extinguished hours later, and firefighters were searching for anyone left behind.

Kyoto Animation, better known as KyoAni, was founded in 1981 as an animation and comic book production studio, and is known for mega-hit stories featuring high school girls, including “Lucky Star,” ”K-On!” and “Haruhi Suzumiya.”  /muf