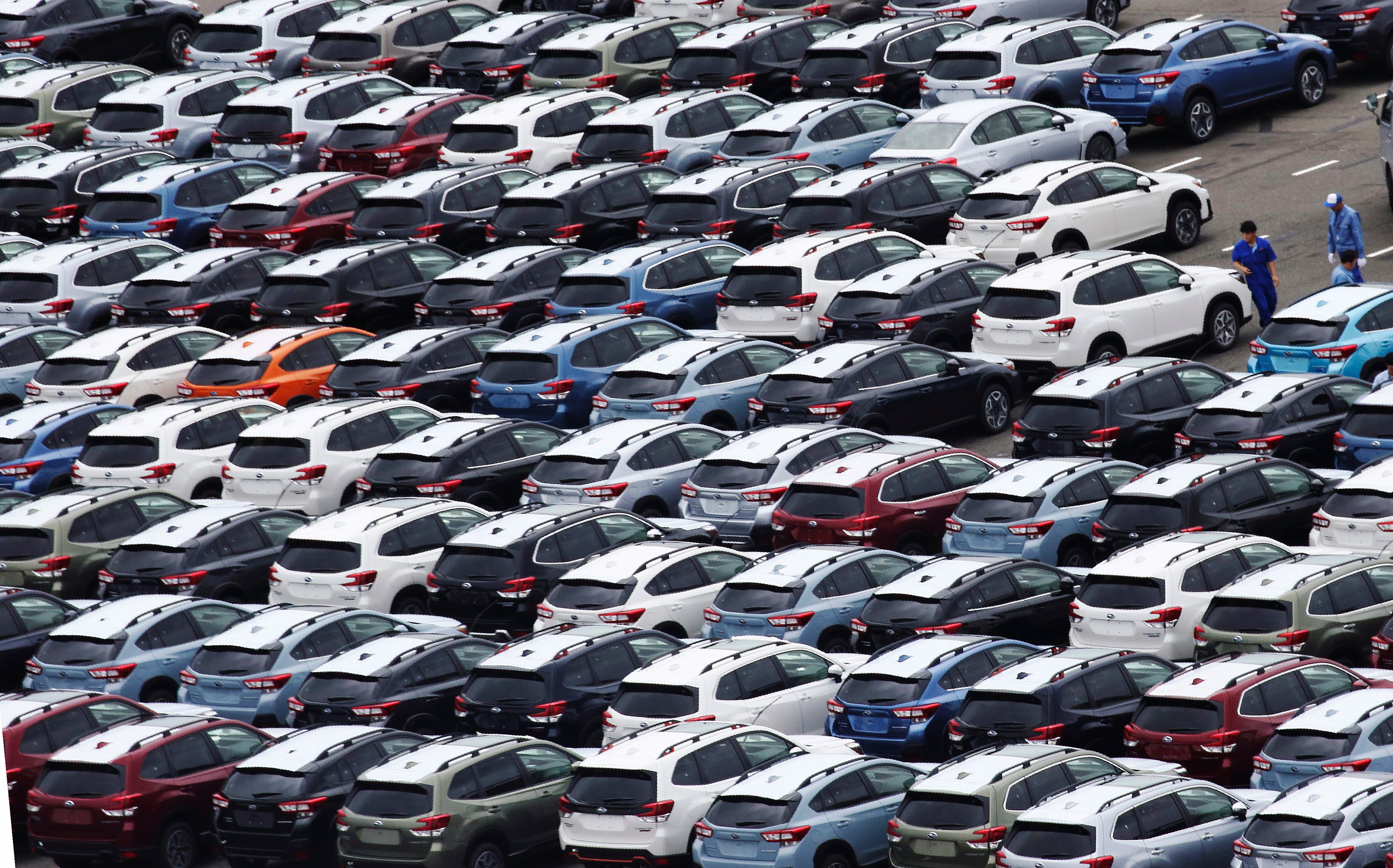 In this July 8, 2019, photo, Subaru cars are parked to wait for export at Kawasaki port, near Tokyo. The data released by the Finance Ministry Thursday show Japan’s exports declined 6.8% compared to the same month last year, while imports fell 5.2%. (AP Photo/Koji Sasahara)

TOKYO  — Japan’s exports declined in June as shipments of goods were hit by trade disputes between China and the U.S., the Finance Ministry reported Thursday.

The data released by the Finance Ministry on Thursday show exports fell 6.8% in June from a year earlier, the seventh straight month of decline, while imports fell 5.2%.

For the first six months of this year, Japanese exports slipped 4.7% while imports edged down 1.1%, with the nation logging a trade deficit of 888.8 billion yen ($8.2 billion).

The Japanese economy, the world’s third largest, is dependent on exports and the conflict between the U.S. and China has taken a sharp toll.

President Donald Trump has imposed 25% tariffs on $250 billion in Chinese imports. Beijing has countered by taxing $110 billion of U.S. goods.

“That brought the overall numbers down,” he said in a report. “The outlook looks dim for July through September as far as export growth.”

Japan is also embroiled in a row with South Korea over Tokyo’s move to tighten controls on the exports of photoresists and two other chemicals to South Korean companies that use them to produce semiconductors and display screens for smartphones and TVs.

Japan has already been hit by increased U.S. steel and aluminum tariffs. Trump has repeatedly said Japan needs to buy more from the U.S., and bilateral trade negotiations are expected to continue through this year.

But exports to China sank 8.2% in January-June while shipments to every other Asian country except India also declined. Japanese companies are key suppliers for many components, chemicals and other materials used in manufacturing products across the region, as well as the machinery used to make them.

Japanese exports of cars were nearly flat and exports of all vehicles declined in the first half of the year, as did shipments of most other categories of products.  /muf