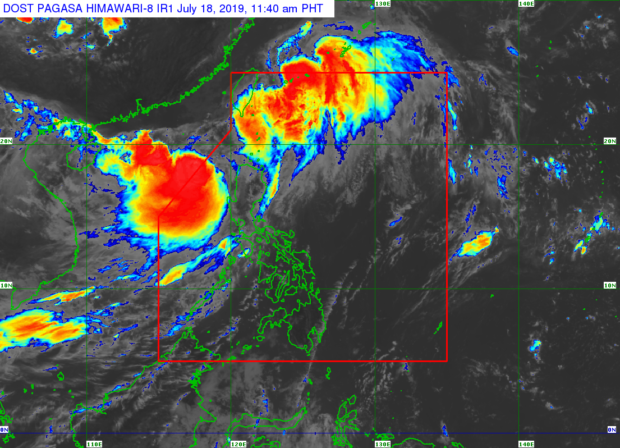 One died in Abulug and the other was in Gattaran town.

Nine road sections and three bridges in Cagayan and Cordillera regions were not passable as of Thursday morning, the National Disaster Risk Reduction and Management Council said.

As of midday Thursday, Falcon grew slightly stronger as it continued to move northward. It is expected to exit the Philippine area of responsibility in the evening.

Signal No. 1 remained in Batanes while storm signals in other areas have been lifted, the Philippine Atmospheric Geophysical and Astronomical Services Administration said.

Falcon was last spotted 385 kilometers north northeast of Basco, Batanes, with maximum sustained winds of 75 kilometers per hour near the center and gusts of up to 90 kph.

Metro Manila and the rest of Luzon will have light to heavy rains.

Pagasa is monitoring a low pressure area west of Luzon, which may intensify into a tropical depression within 48 hours.

Both the storm and LPA are enhancing the prevailing southwest monsoon. /je