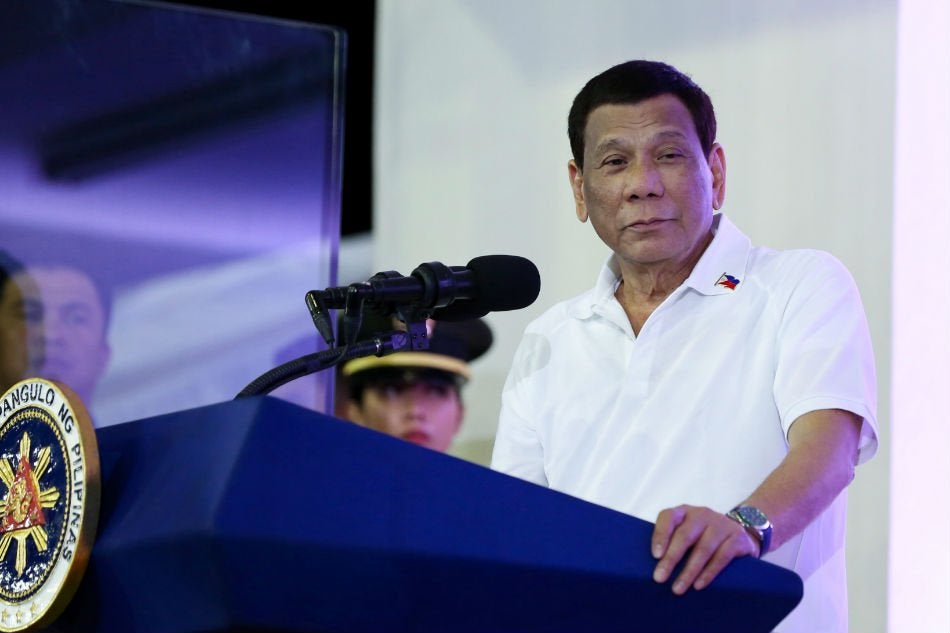 Speaking at the turnover of houses to former rebels in the 3-hectare Freedom Residences in Barangay Cuambogan, the President urged rebels to rebuild their lives.

“We have been at war for 53 years,” the President said. “Tell those fools who are still in the mountains to stop because the government has wasted billions on this war.”

“Do it while I am still in the position because after I’m gone and you’re still there, life would be very difficult for all of you,” the President said.

At the same time, he urged the surrendered rebels not to sell the houses that the government has given them or he will crush their faces.

“Were all of you here given a house? How much will you sell it for? Don’t give that to other people, OK? Or else I will crush your faces,” the President said.

The 34 housing units he distributed are part of 60 homes within the site reserved for surrendered communist rebels by the National Housing Authority (NHA).

Originally earmarked for soldiers and policemen, the NHA, through Administrative Order No. 10, reallocated the housing units at Freedom Residences to rebel returnees.

Duterte said the government gave them the houses so they could send their children to school, but he noted that the resettlement site was some distance from the city.

“I’ll buy you a truck because it’s too far [to Tagum from] here … I’ll provide the transpo,” the President said, adding that the former rebels should gain skills for their “new struggle.”

“Go back to school, struggle to live,” he told the rebels as he ordered Technical Education and Skills Development Authority (Tesda) chief Isidro Lapena to put up a skills training center right within the site.

“This would be a gift from the Filipino, paid by the people’s taxes, so take care of it,” he said.

A time for everything

Admitting that he does not believe in God, the President quoted the Bible and said there was a time for everything and it is time for them to stop fighting.

“How about you, communists, do you believe in God?” he asked. “That’s good because I don’t. But it’s in the Bible, Ecclesiastes 3, there’s a time for everything.”

The President surprised everyone when he said he would also put up a school, a public market and a skills training center to make the site a self-sustaining community.