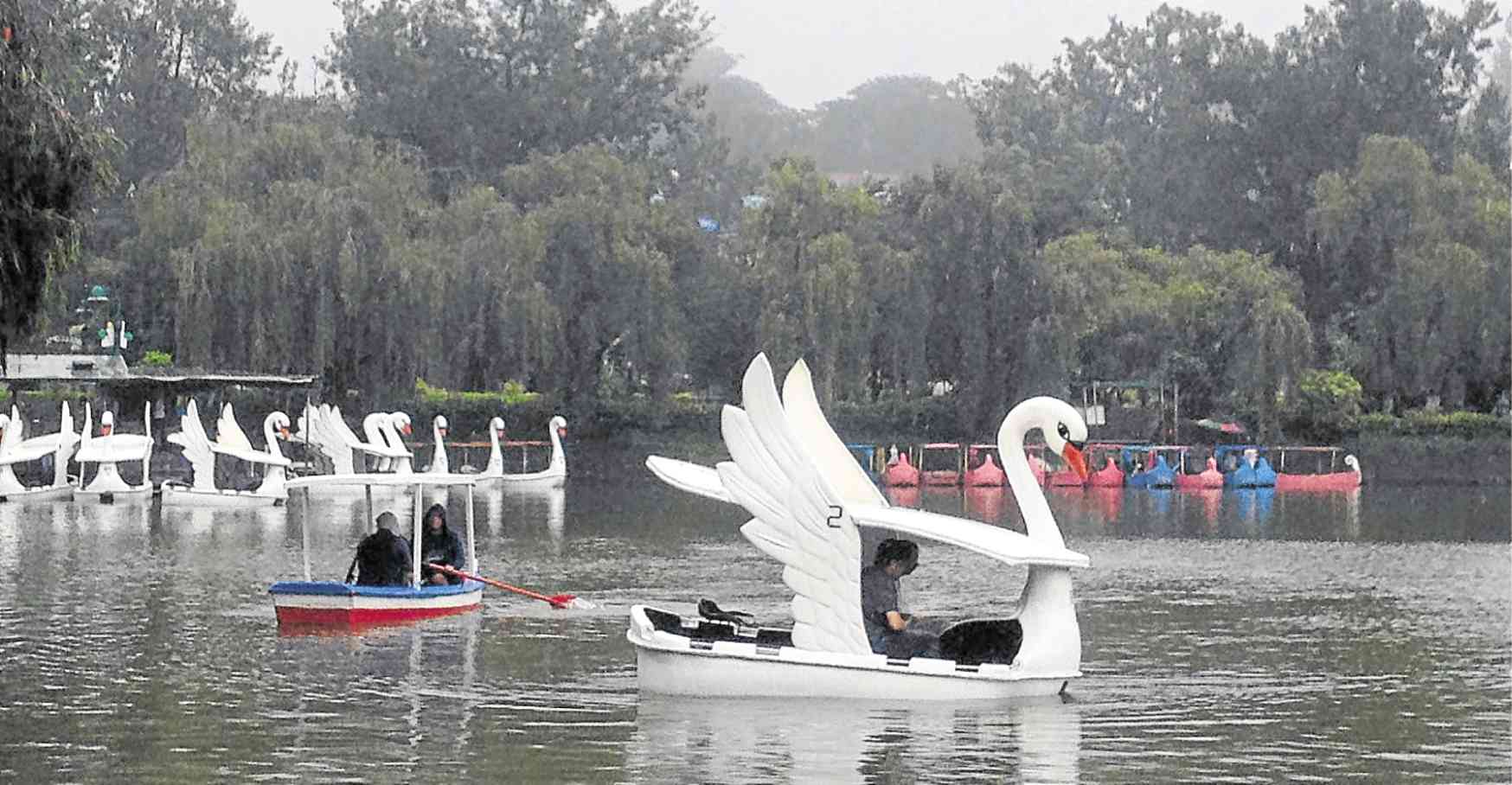 TOURIST ACTIVITY The Burnham Lake is the centerpiece of the more than 100-year-old Burnham Park in Baguio City. A boat ride at the man-made lake is among the activities that many tourists look forward to in their visit to the summer capital. —ALLAN MACATUNO

BAGUIO CITY, Benguet, Philippines — The century-old park, named after Chicago architect Daniel Burnham who designed the summer capital, will be “rescued and repaired” by tourism experts in response to social media concerns that it has deteriorated and been commercialized.

The rehabilitation of the 34-hectare Burnham Park will be guided by the Baguio plan drawn by the architect in 1905, Pocholo Paragas, chief operating officer of the Tourism Infrastructure and Enterprise Zone Authority (Tieza), said during a meeting with city officials on Wednesday.

“[Department of Tourism (DOT) officials] informed me that many parks have been poorly managed by local governments after these were turned over to them,” said Mayor Benjamin Magalong.

Burnham Park was no different, Magalong said as he led a spot inspection on July 14 which revealed overcrowded bicycle lanes, untended gardens and polluted waters at the man-made Burnham Lake.

Paragas said Tieza has allocated P20 million for the park’s initial renovation work, after it completes a master development plan with local experts that highlights its historical relevance.

Because of social media criticisms, the DOT wants to bring back Burnham’s original concept that the park must continue to serve as the city’s “breathing space,” Paragas said.

He said he had been communicating with Baguio Rep. Marquez Go, who refiled a bill declaring Burnham Park as a heritage site.

Once it is granted that status, any development work at Burnham Park will follow strict rules protecting all historical and cultural structures, Go said.

Tieza and Tourism Secretary Bernadette Romulo-Puyat have entertained proposals to retake control over Burnham Park, being one of the country’s well-known parks and a tourist destination which the DOT wants to revitalize.

The park, which includes a patch of forest, was first turned over to Baguio by former President Fidel Ramos through Executive Order No. 224 in 1995.

In 2008, former President Gloria Macapagal-Arroyo issued Executive Order No. 695 releasing “all facilities and improvements” still under the Philippine Tourism Authority (the former name of Tieza) to the city government in time for Baguio’s centennial celebration in 2009.

“We have no interest in keeping the park. We just want it fixed, then we will turn it over again to you so we can reintroduce it to the world,” Paragas assured Magalong. —Vincent Cabrera