El Chapo speaks in court ahead of sentencing 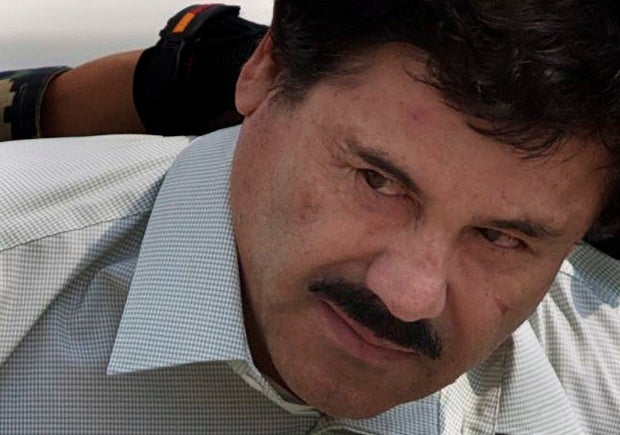 In this Feb. 22, 2014 file photo, Joaquin “El Chapo” Guzman is escorted to a helicopter in handcuffs by Mexican Navy marines at a navy hanger in Mexico City.  AP File Photo

Joaquin Guzman told a federal judge that his case was “stained” by juror misconduct.

He said the judge denied him a fair trial on drug trafficking charges “when the whole world was watching.”

He also complained about the conditions of his confinement in New York.

The 62-year-old Guzman was convicted in February on multiple conspiracy counts in an epic drug-trafficking case. The government said the guilty verdict at an 11-week trial triggered a mandatory sentence of life without parole.

Prosecutors said evidence showed that under Guzman’s orders, the Sinaloa cartel was responsible for multiple murders and for smuggling mountains of cocaine and other drugs into the United States during his 25-year reign. The defense said he was framed. /kga