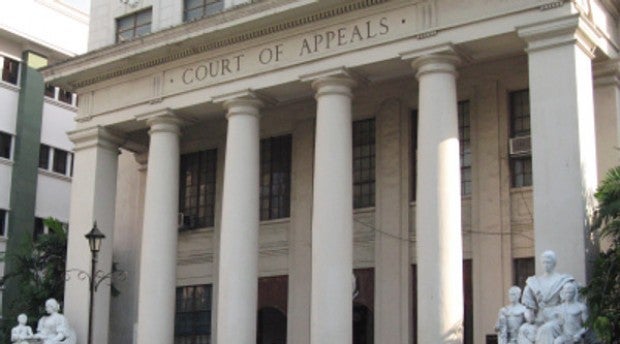 MANILA, Philippines — The Court of Appeals has refused to stop the military and police leadership from issuing public statements supposedly maligning the activities of the National Union of Peoples’ Lawyers (NUPL), which is composed of human rights lawyers.

In an eight-page decision issued last July 11, the Court of Appeals Special 15th Division said it was not within its power to make such a ruling.

“It bears stressing that the privilege of the writ of amparo is envisioned basically to protect and guarantee the rights to life, liberty and security of persons, free from fears and threats that vitiate the quality of this life,” the court said.

The court explained that the coverage of the writ of amparo, in its present form, is confined to two instances — extralegal killings and enforced disappearances.

The court also noted the statement by the Office of the Solicitor General which pointed out that leftist organizations had participated in governance and even won electoral exercises over the last 50 years.

Thus, the court said: “It is speculative for petitioners to claim that all members or supporters of leftist organizations are in danger of neutralization as enemies of the state.”

The court added that the NUPL also failed to provide a full list of its members nationwide who would benefit in case a temporary protection order would be issued.

The court added that, since the human rights organization had accused the police and military of harassment, it should have identified an accredited or to-be-accredited person or private institution that they would want to be protected.

“In applying for the issuance of TPO, petitioners did not bother to furnish this Court with a full list of the individual NUPL members, dispersed presumably far and wide across the country, for whom they seek the benefit of such relief,” the court said in the ruling, which was written by Associate Justice Pedro B. Corales.

“Furthermore, given their allegations against the police and military authorities, petitioners should have identified an accredited or to be accredited person or private institution capable of providing the protection desired as required under Sec. 14 (a) of the rule on the writ of amparo,” it added.

The ruling also noted that writ of amparo issued by the Supreme Court last May 3, 2019, remanded the case for trial before the Court of Appeals.

The decision was concurred in by Associate Justices Stephen C. Cruz and Germano Francisco D. Legaspi.