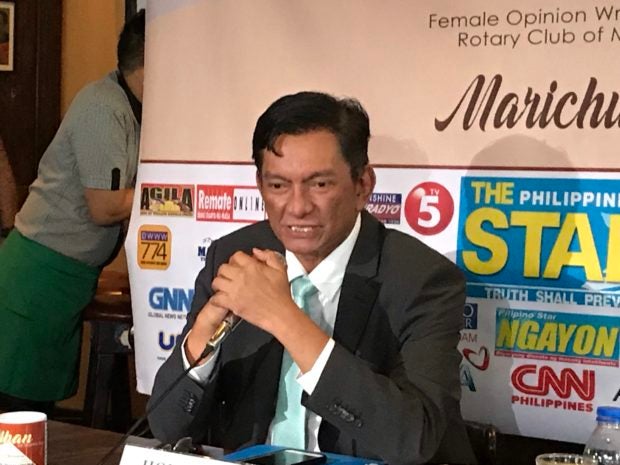 MANILA, Philippines — Albay Rep. Joey Salceda on Wednesday maintained that the House of Representatives remains an “independent” body even after President Rodrigo Duterte proposed an arrangement on the lower chamber’s leadership.

“Hindi naman sa—if every time we move—nagpapaalam kami or it’s because of a direct instruction from the President,” Salceda said in a weekly press forum in Manila on Wednesday.

“We define independence as the ability to provide inputs to the President, to the people and to other instruments of society…I think we’re free. There is democratic space,” he added.

Salceda issued the statement following criticisms that the independence of the House had been compromised when some if its members called on Duterte to endorse his bet for the chamber’s top post.

The President endorsed Cayetano, his vice presidential running mate during the national elections in 2016, as the next House speaker after the Chief Executive had earlier distanced himself from the speakership race.

All allies of the President, the three have been locked in a House leadership rivalry following the conclusion of the midterm elections in May.

The congressmen are expected to vote on the House leadership posts prior to the President’s State of the Address (Sona on July 22.

Last year, the Sona took a dramatic turn when moments before Duterte delivers his address, Davao del Norte 1st District Rep. Pantaleon Alvarez was booted out of the House Speakership.

READ: Behind the scenes: Why Alvarez kept seat next to Duterte in #SONA2018