Only 3 percent of 1,200 respondents of the survey said they disapprove of Duterte’s performance while only 4 percent claimed they have small or no trust in him.

Approval is the predominant opinion as regards the work of Duterte and Sotto across geographic areas while Robredo enjoys majority approval in most geographic areas and socio-economic groupings, with only those in Metro Manila and those in Class ABC withholding majority scores from her, the survey noted.

Pulse Asia says it has 95% confidence in the survey results with an error margin for nationwide results of ±2.8%, and ±5.7% for Metro Manila, the rest of Luzon, Visayas, and Mindanao.

Among the key issues during the survey period were the ramming and sinking of a Filipino fishing boat in Recto Bank, the explosion in Barangay Kajatian, Indanan, Sulu, the public school teachers’ call for a pay hike, the call made of 11 United Nations (UN) human rights experts for an investigation into the human rights situation in the Philippines, and the Philippine Health Insurance Corporation ghost claims issue.  /muf 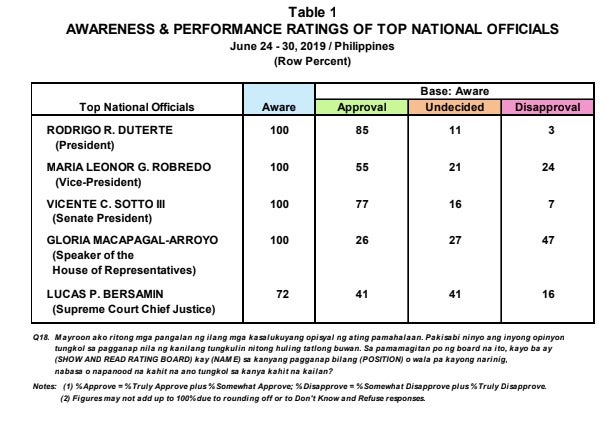 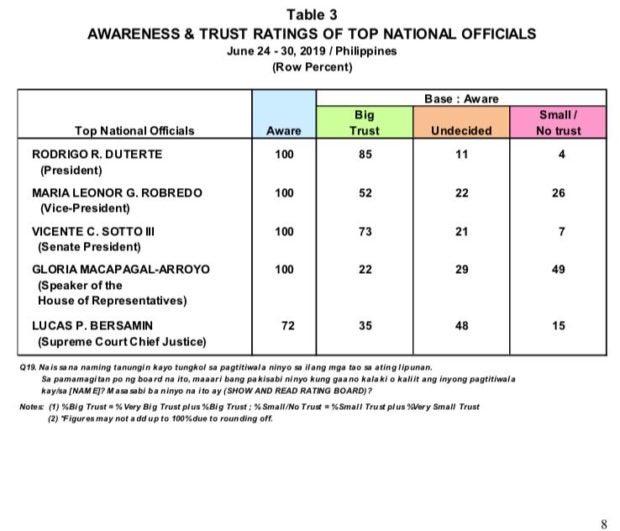