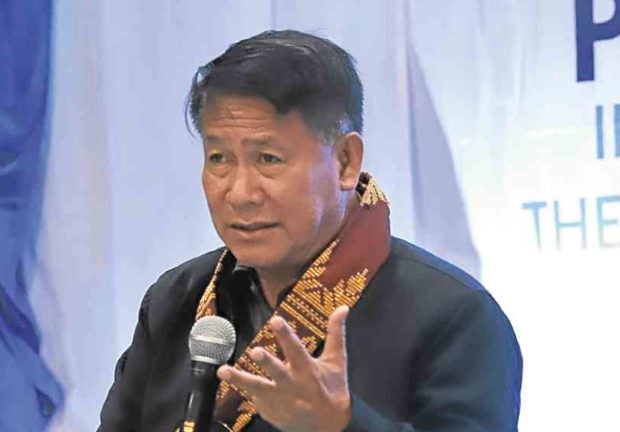 Ever since, peace-building has been my passion. War is never a solution.
Dickson Hermoso, Opapru Assistant Secretary

COTABATO CITY, Maguindanao, Philippines — A former military officer who fought the Moro rebellion in Central Mindanao has joined the Bangsamoro Autonomous Region in Muslim Mindanao (BARMM) to lead its Ministry of Transportation and Communications (MOTC).

Hermoso, currently an assistant secretary at the Office of the Presidential Adviser on Peace, Reconciliation and Unity (Opapru), is the first Christian to hold a top position in the newly created BARMM. He was installed on July 15.

In a telephone interview on Tuesday, Hermoso said he was willing to give up his post at Opapru so he could lead the MOTC if the law prohibited him from holding concurrent positions.

“We find [Assistant Secretary] Hermoso qualified and capable to effectively manage the MOTC … He is the first Christian in the Cabinet,” Ebrahim told the Inquirer in a text message.

Hermoso, on Tuesday, said:  “[My appointment is] true to what is the essence of the Bangsamoro—that it is a convergence of Moro, Christian and IP (indigenous peoples) communities.”

The CAB’s key component is the creation of a new autonomous region, now known as the BARMM.

Hermoso was known among groups involved in the peace process in Mindanao.

With a rank of Army major in 2004, he served as secretariat head of the government’s coordinating committee on the cessation of hostilities.

“Ever since, peace-building has been my passion. War is never a solution,” he said.

As BARMM minister, Hermoso vowed to continue his peace advocacy while promoting transparency and initiating reforms in agencies attached to his office, including the Land Transportation Office (LTO), one of the regional agencies perceived to be plagued by corruption.

“One of the biggest challenges is how to restore the public’s trust in the LTO,” he said.

Hermoso would also oversee the operations of airports and seaports in the region composed of the provinces of Maguindanao, Lanao del Sur, Basilan, Sulu and Tawi-tawi and the cities of Cotabato, Marawi and Lamitan.