Police to charge suspect in US scientist’s slaying in Crete 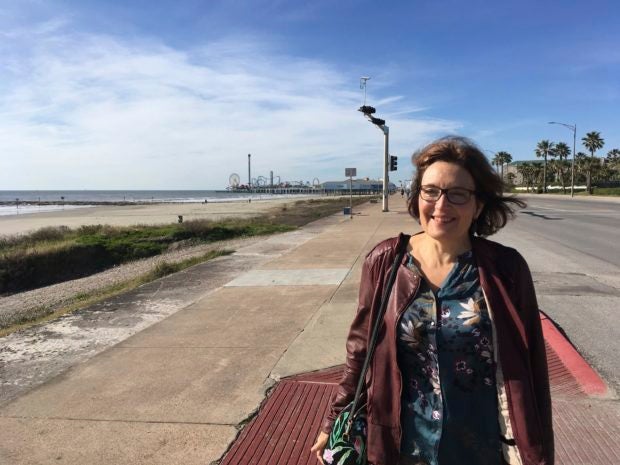 In this undated photo provided by her family, showing Suzanne Eaton, a 59-year-old molecular biologist. A state coroner on Wednesday, July 10, 2019, on the Greek island of Crete says that the body of a woman believed to be the missing American scientist had died as a result of a “criminal act” although her identity still has to be confirmed, after Eaton was reported missing last week. (AP Photo)

ATHENS, Greece — Police on the Greek island of Crete said Tuesday that a 27-year old man will be charged with murder in the slaying of American scientist Suzanne Eaton, whose body was found last week in a tunnel once used as a storage site during World War II.

Crete Police chief Lt. Gen. Constantine Lagoudakis told reporters that the suspect, a Greek man from the island, had confessed to the “violent criminal act” and would be charged. A second man has been detained for questioning as an alleged accomplice.

Eaton, a 59-year-old molecular biologist, was attending a conference near the port of Chania and was last seen on July 2, when her relatives said they believed she had gone for a run. Her body was found six days later after an extensive search.

Lagoudakis said an examination of Eaton’s body showed “indications of sexual assault” and that evidence suggested she may have been abducted elsewhere.

“A particularly important element of our investigation was the discovery of recent tire tracks near the (tunnel). This, in conjunction with the position of the body when it was found, suggested that it had been transferred to the site,” Lagoudakis said.

He said the police investigation was continuing, including seeking footage from closed-circuit cameras in the area and questioning other potential witnesses. /kga